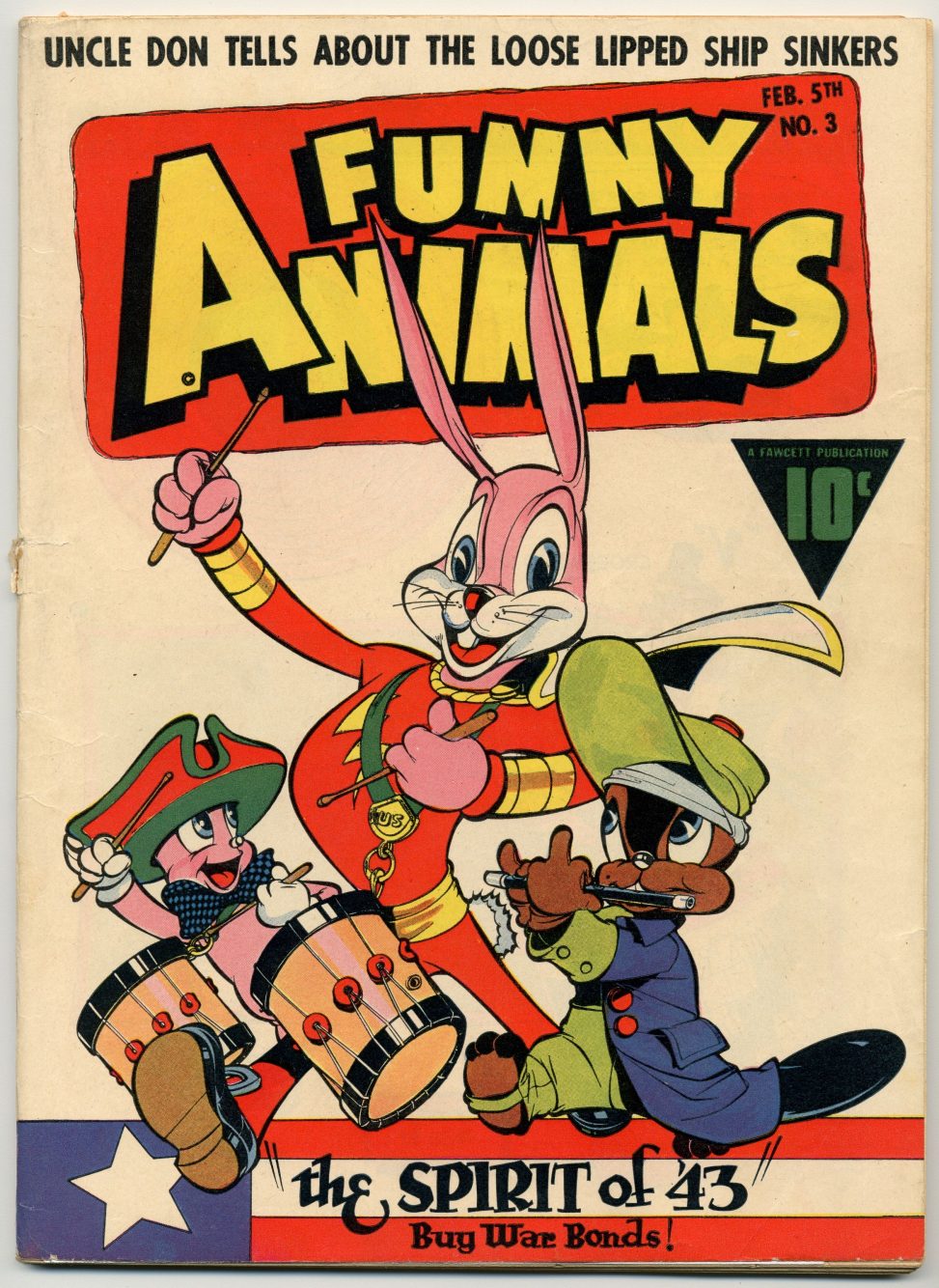 Fawcett Publications most famous character was Captain Marvel and the company leveraged its success by extending the same “Shazam” powers to an entire Marvel Family.  Fawcett’s Funny Animals broadened Shazam’s reach to an even younger audience via an anthropomorphic funny animal superhero named Hoppy the Marvel Bunny. 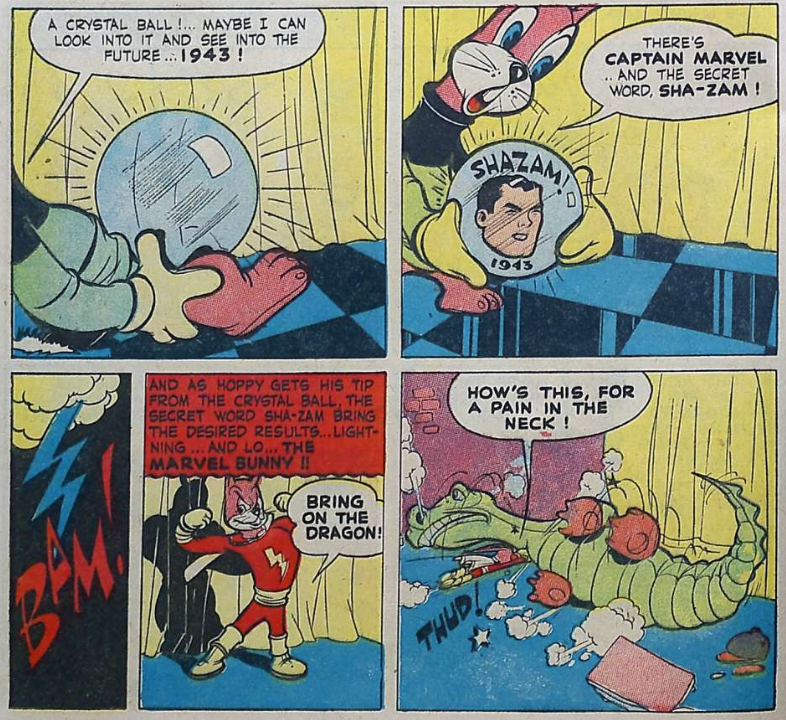 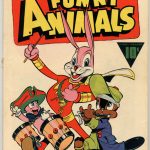 The Spirit of ’43 cover by Chad Grothkopf shows characters Hoppy the Marvel Bunny, Benny Beaver and Willie the Worm in a remake of the famous painting “The Spirit of ’76” by Archibald M. Willard. Originally titled Yankee Doodle the painting was exhibited in Philadelphia during the United States 1876 centennial celebrations.  The cover evokes the spirit of patriotism manifested nationwide through volunteer efforts, government-managed rationing and a Rosie the Riveter workforce supporting over 16.5 million men and women serving the war effort in the U.S. armed forces.

Fawcett’s Funny Animals #3 was published in February, 1943 – a time when the U.S. was invovlement in fighting WWII had reached just over one year.  The cover even references an inside story that teaches children about “loose lipped ship sinkers.”  In fact, that very month on February 3rd, 1943 the USAT Dorchester was sunk by a German U-boat.  Only 230 of 902 aboard survived.  Also during that month future President of the United States General Dwight D. Eisenhower was selected to command the allied armies in Europe.

Inside stories include Oliver The Owl depicted as an Air Raid Warden. 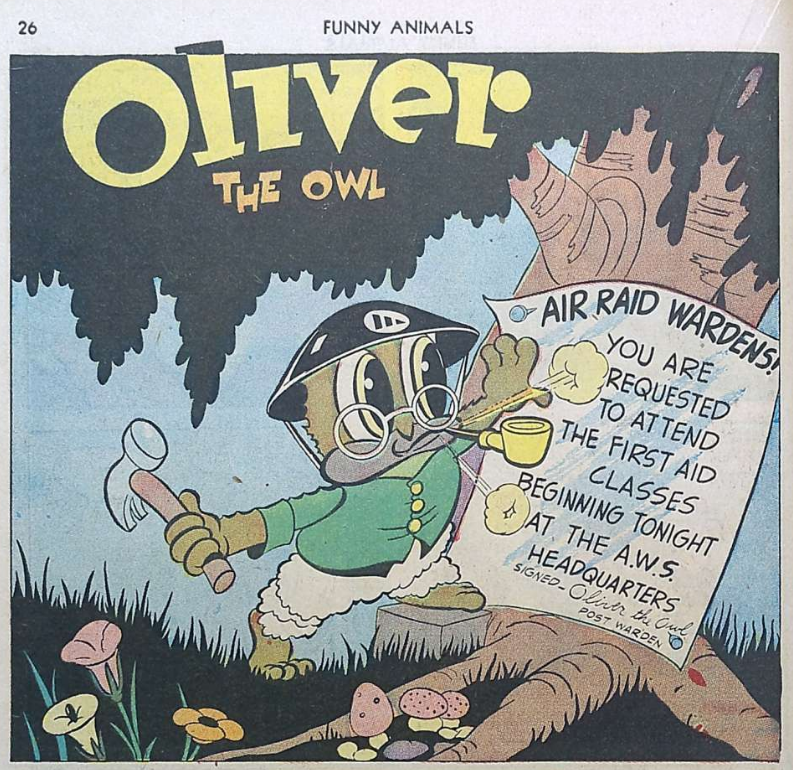 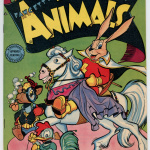