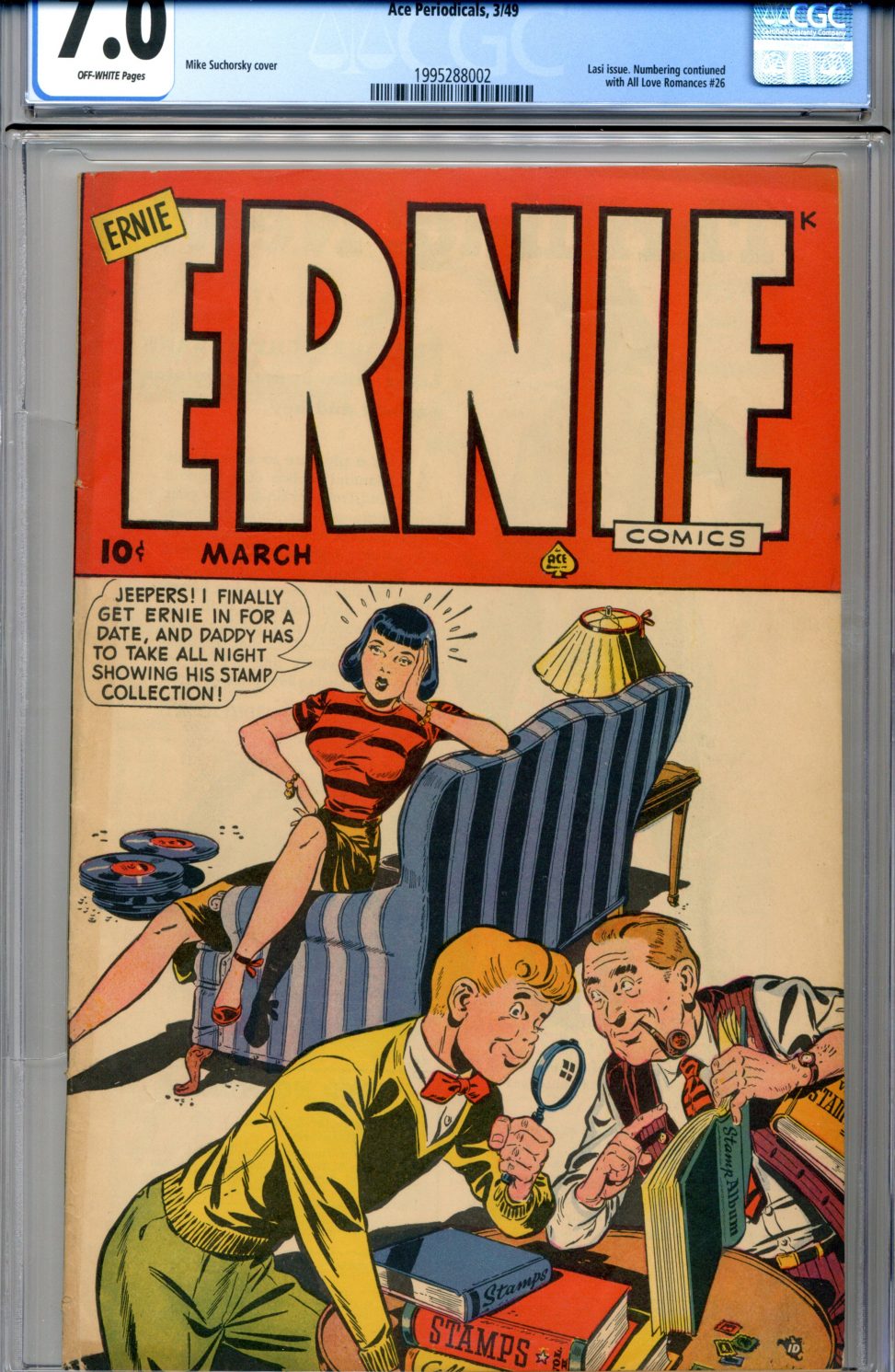 Ernie Comics #25 (March 1949) is the only humor genre comic to make my top twenty covers list.

According to the Grand Comics Database, art credits to Mike Suchorsky were verified in an interview with Hames Ware and Jim Vadebonouer, Jr.. The artist apparently tragically died early in his career in a boating or fishing accident.

I was rather smitten by character Ernie Button’s love interest; and the humor of the collection obsessed Ernie being distracted with his prospective father in-law. 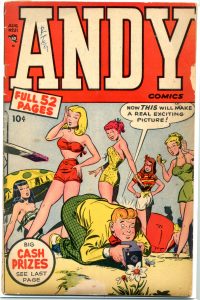