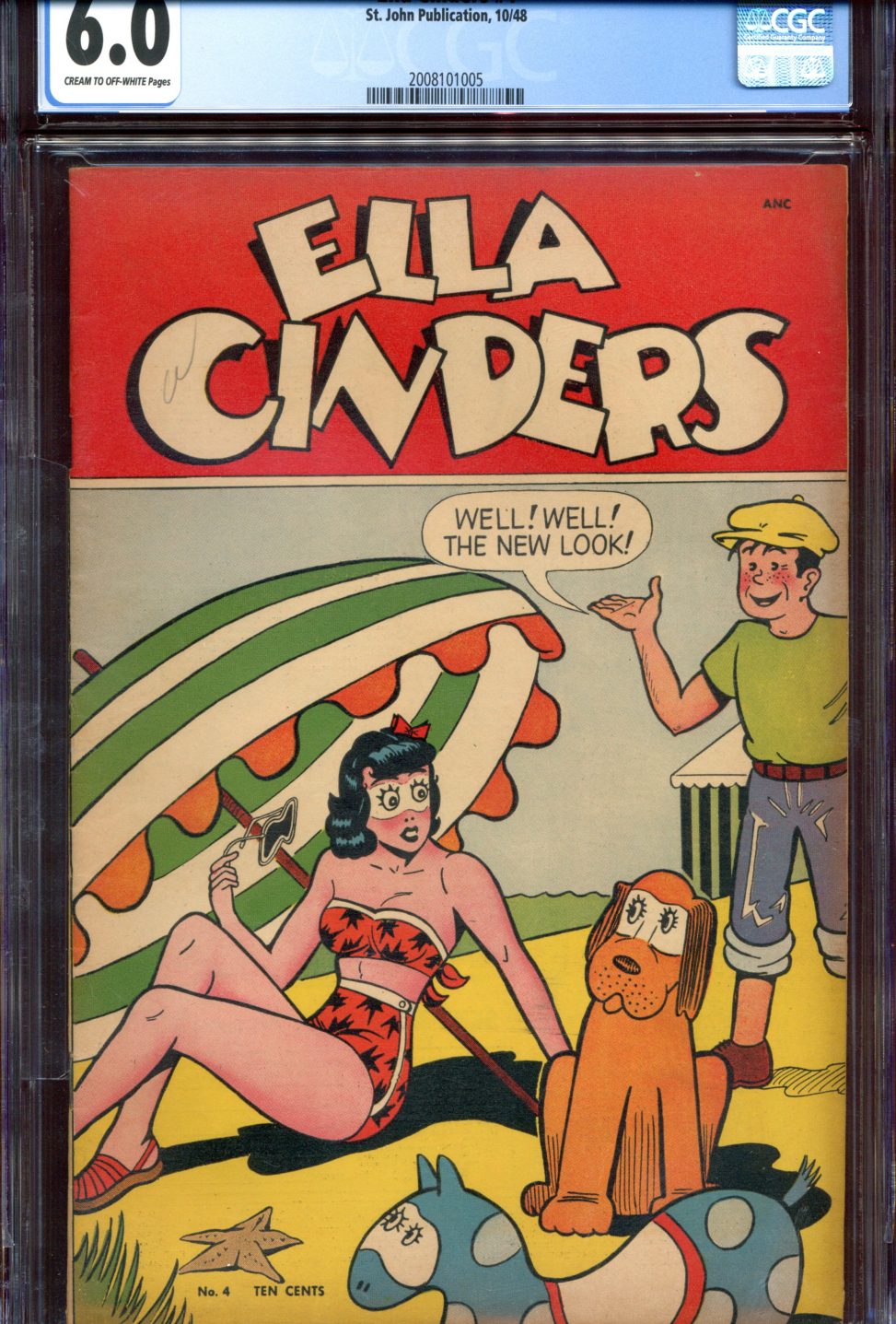 Good ole’ St. John Publishing Co. squeezed out just three issues of Ella Cinderella (‘er, Cinders that is). Shown here are #3* and #4 from August and October 1948.

Ella Cinders was a newspaper comic strip created by Bill Conselman and Charlie Plumb that first appeared in 1925. It was successful enough to actually spawn a movie in 1926, but only succeeded in comics with a few back page strip reprints to fill out United Feature‘s Tip Top and Sparkler Comics. The strip began with a storyline straight from the classic Cinderella, but shifted after Ella won a prize to go to Hollywood (her own “slipper” if you will). From there store lines shifted to focus more on the dramas of Hollywood living with her sidekick Blackie. The strip lasted to 1961.