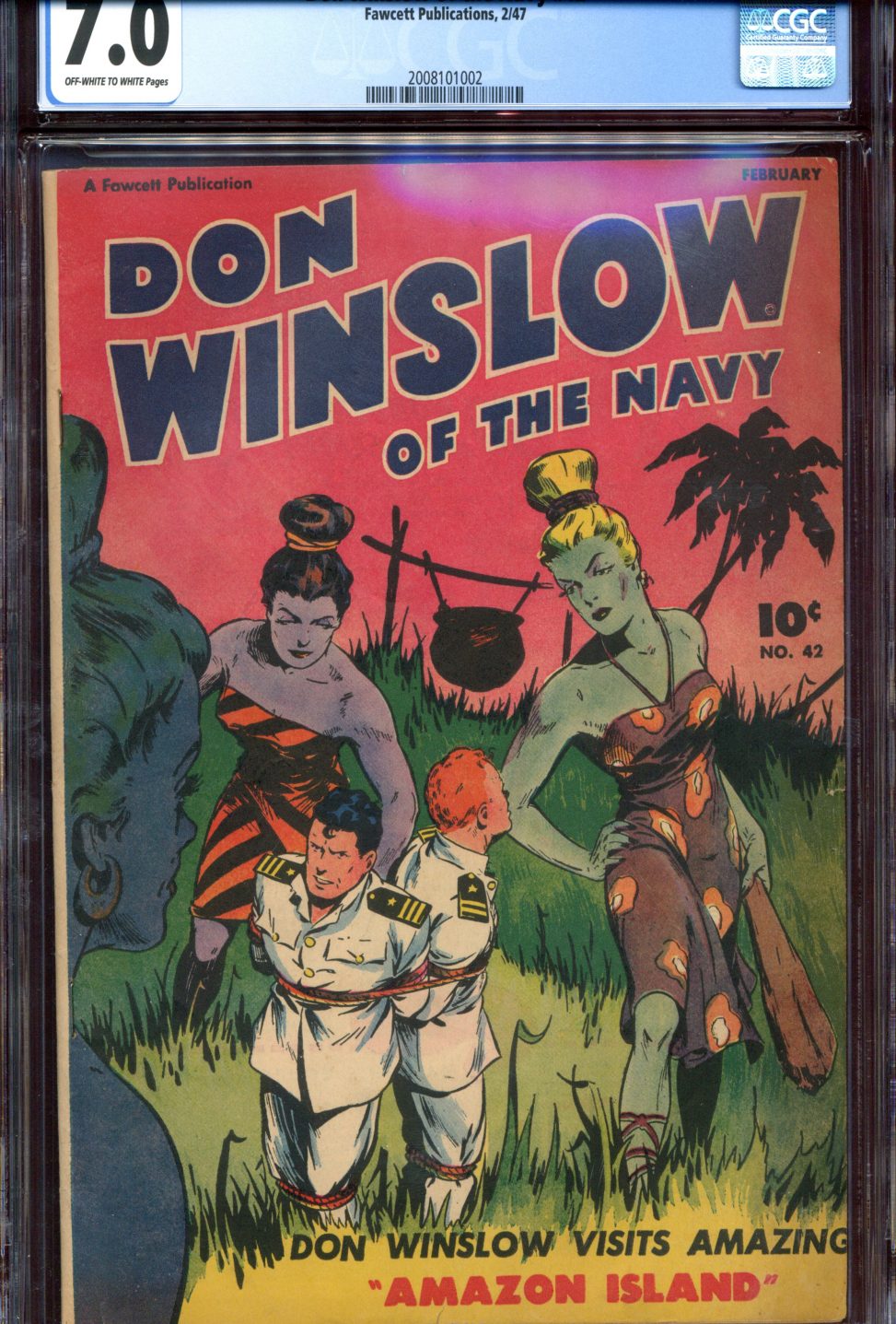 Another cross-over from newspaper strips, the Don Winslow of the Navy Fawcett comic series didn’t contain reprints, but rather contained original content. Like many other cross-media characters of the time, Don was also featured in radio programs and movie serials by Universal Pictures.

Issue #42 from February, 1947 features the lieutenant commander landing on none other than Amazon Island while cleaning out mines in the Pacific. Unbelievably, Don outwits the Amazon women and saves the crew by planting mirrors in front of them!  “What did I tell you, all women are alike when they get in front of a mirror.”