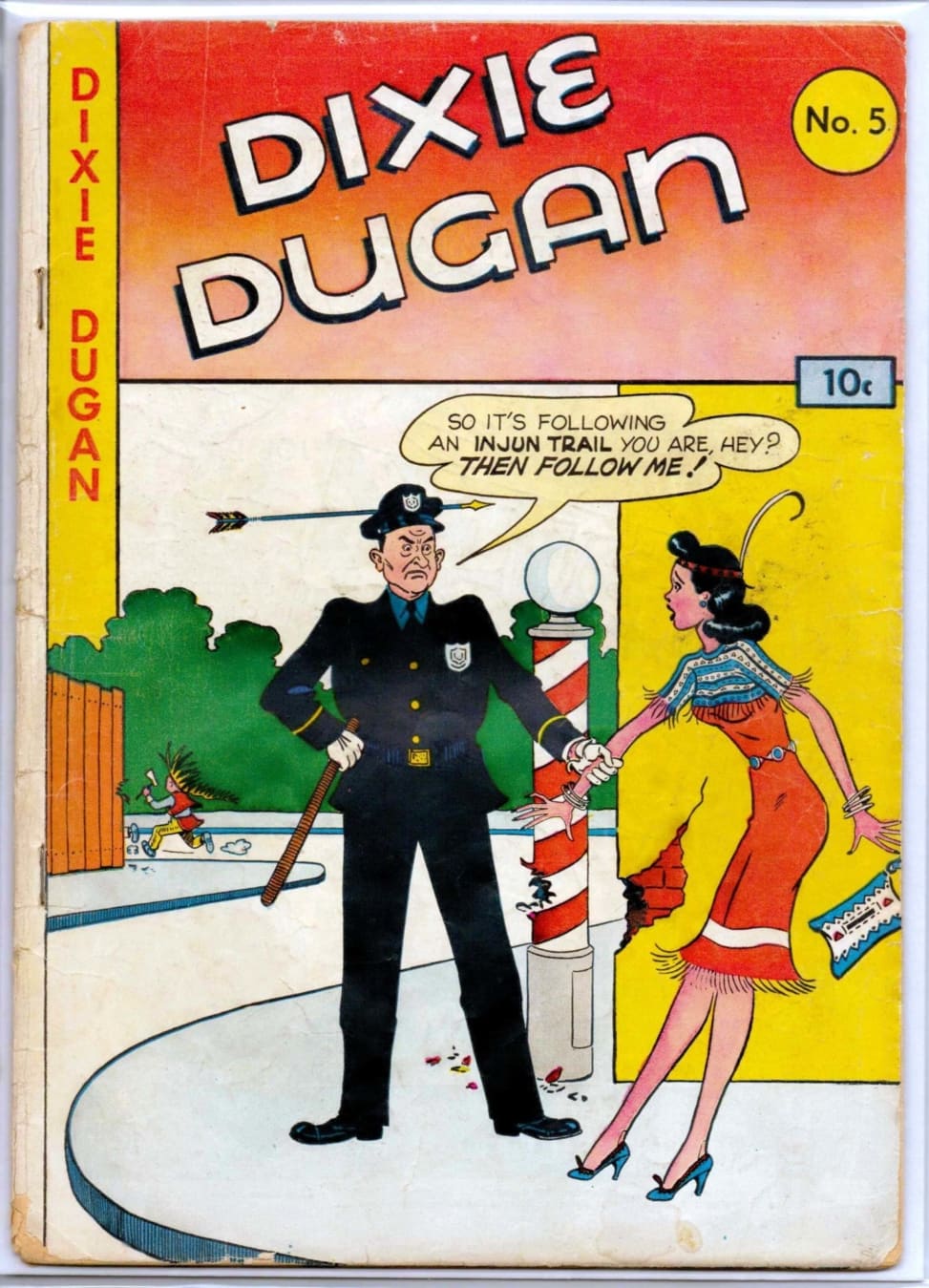 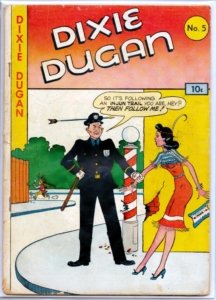 Dixie Dugan had her start way back in 1928 in a book titled Showgirl, followed by Hollywood Girl in 1929.  Both were by J.P. McEvoy (a former Chicago Tribune employee). Books about showgirls in the pre-stock market crash era of the roaring ’20s were, in a word, racy.  That success subsequently spawned a Broadway musical followed by three Hollywood movies. A newspaper strip began in 1929 by artist John H. Streibel (who also illustrated the books).  The strip was distributed by McNaught Syndicate, publisher the comic here. Issue #5* contains reprints from later years of those strips, featuring a by now more subdued school teacher version of Dixie. 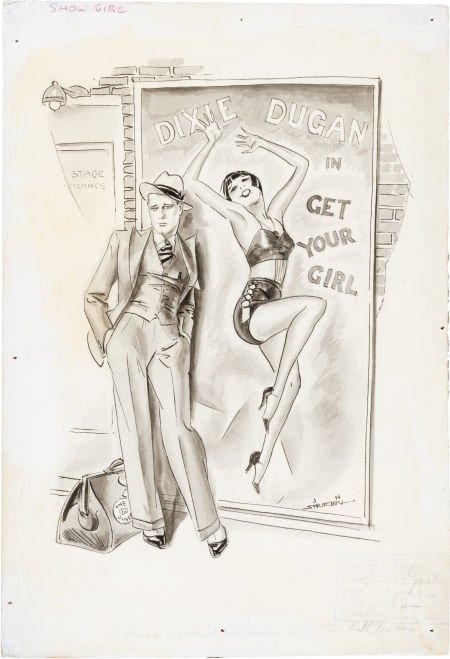 It is unclear when the strips in this comic first ran.  The date 1946 appears in the story text twice, but the original date appears to have been “whited out” and re-dated for the comic publication. The inside stories contain some interesting cultural/historical context, such as Dixie’s students threatening to petition the mayor because “It seems you’re guilty of un-american activity!”  It is later revealed the threat was because they have no summer vacation from school.  The reason for this, however, is not due to Dixie but rather their fathers are all “still in the service” and their mothers all have jobs.  “You should be proud you can’t have a vacation under the circumstances.”