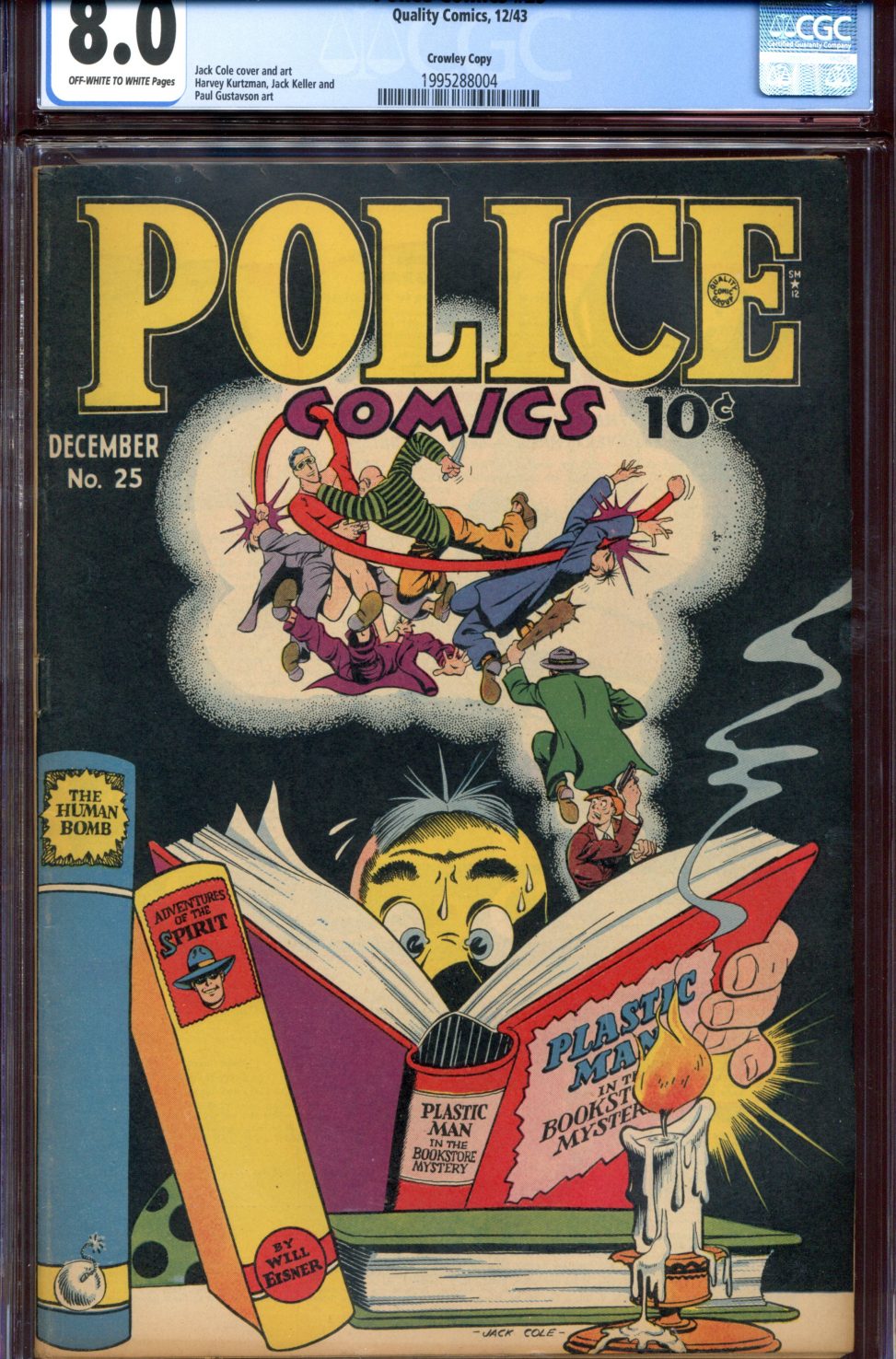 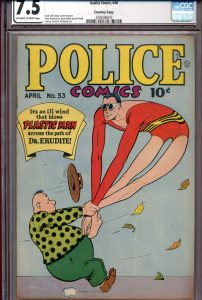 Perhaps no comic pedigree represents the arch of the rise and fall of Golden Age of comics more than the Crowley Pedigree.  Wendell B. Crowley was born in 1921 and lived to 1970.  His comic arch began with ascension within Fawcett Comics Group to editor of Captain Marvel in 1944.  This date in fact corresponded with Fawcett’s main character, Captain Marvel, reaching peak circulation in March 1944 at 1.4 million monthly copies.

This was an era when driving revenue and managing expenses was king for publishers in order to continue “milking the cash cow” comic book’s popularity provided. Artists and writers cranked out page after page to meet deadlines and volume requirements. In such low wage, long hour workshops quality frequently became a secondary consideration.

However, Fawcett’s focus under Crowley remained on putting out a quality product. “Fawcett hired good editors, good writers and good artists and left them alone. Each person did his job and didn’t interfere with the other departments. If a person’s work was good, he stayed on the payroll, and if it wasn’t, he got fired.”

Crowley was described as “the whimsical giant who cared” by co-workers in The Who’s Who of American Comic Books.

The end of the Golden Age arch concluded with the closing of Fawcett’s comic division – putting the tight knit, focused and professional Fawcett team of editors, writers and artists out of work.  The “double-whammy” of industry wide comic sales declines and Fawcett’s loss of a long-standing lawsuit battle with D.C. over copyright infringement of Captain Marvel with Superman was too much to overcome. 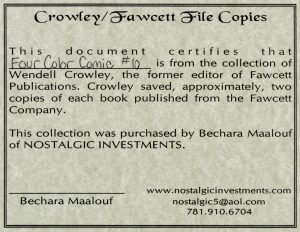 Wendall’s father owned a New Jersey lumber yard Crowley-Taylor Co, which Wendell joined in 1953 never to return to the comic business. Wendall’s pride and dedication to the industry was retained in the form of having saved one to three copies of nearly every Fawcett comic book he produced during his tenure as editor from 1944 to 1953.  His love for the media was further demonstrated by collecting comics from other publishers as well – including the Police Comics shown here (published by Quality Comics).  He amassed a collection of over 5,000 comics and continued to be engaged in the hobby up to the year of his passing. 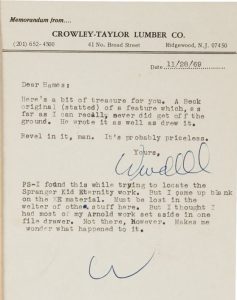 Comic dealer Bechara Maalouf acquired the collection from the Crowley family some 30 years later (in the early 2000s).  Many of the books were CGC graded and sold via auction. Among the highest retailed sales achieved were for Sensation Comics #1 and Wonder Woman #1, both published by Fawcett arch-rival D.C.. 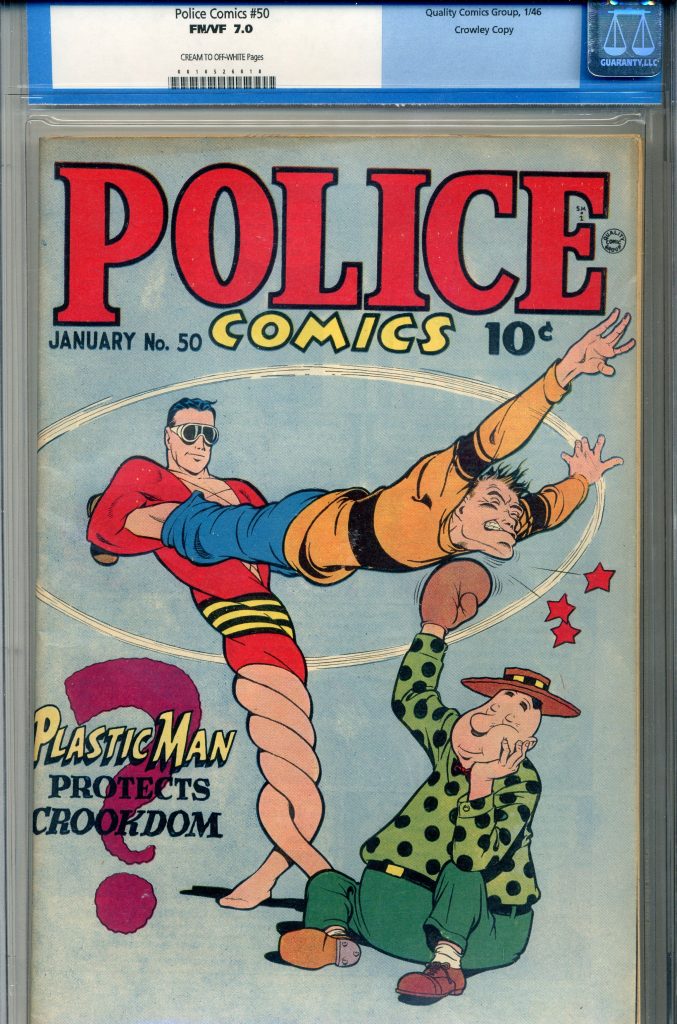