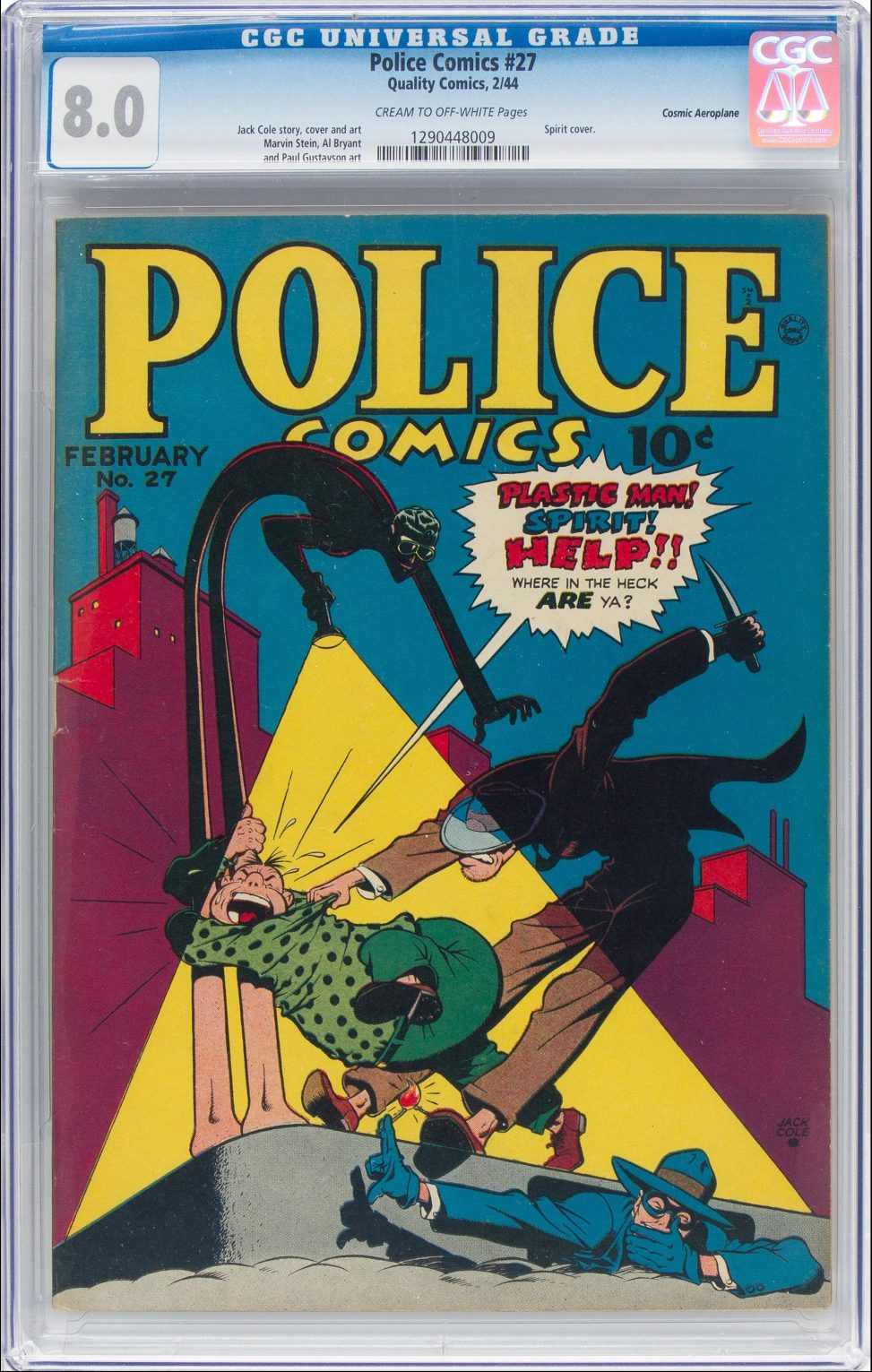 The Cosmic Aeroplane pedigree is named after a bookstore in Salt Lake City, Utah where partners David Faggiola and Ken Sanders sold a large collection of comics with distinct markings. The
collection was discovered in 1972 when they were “approached by a woman who had old comics to sell. She explained that they had been bought by her late brother [said to have been an art teacher]. He had gone to By’s Magazine Shop in downtown Salt Lake City every Saturday from 1939 to 1961 to buy the new comics. He kept them in an old trunk, which preserved them in their pristine condition.”

The comics contain penciled check marks throughout – as the story goes the original owner checked off panels he would trace. Cosmic Aeroplane employees removed the tracing paper from the comics before listing them for sale and the books were subsequently dispersed into the market to collectors. 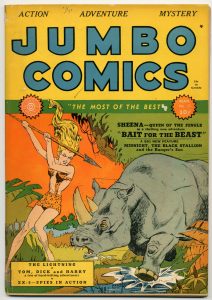 It is the second earliest collection officially recognized as a pedigree and estimated to have included somewhere between 2,000 and 3,000 comics.  Cosmic Aeroplane copies can command 1.5x to 2x guide and 3x guide in higher grade. “Hey, guys, I have an afternoon free..” Sky Girl by Matt Baker in Jumbo Comics #93