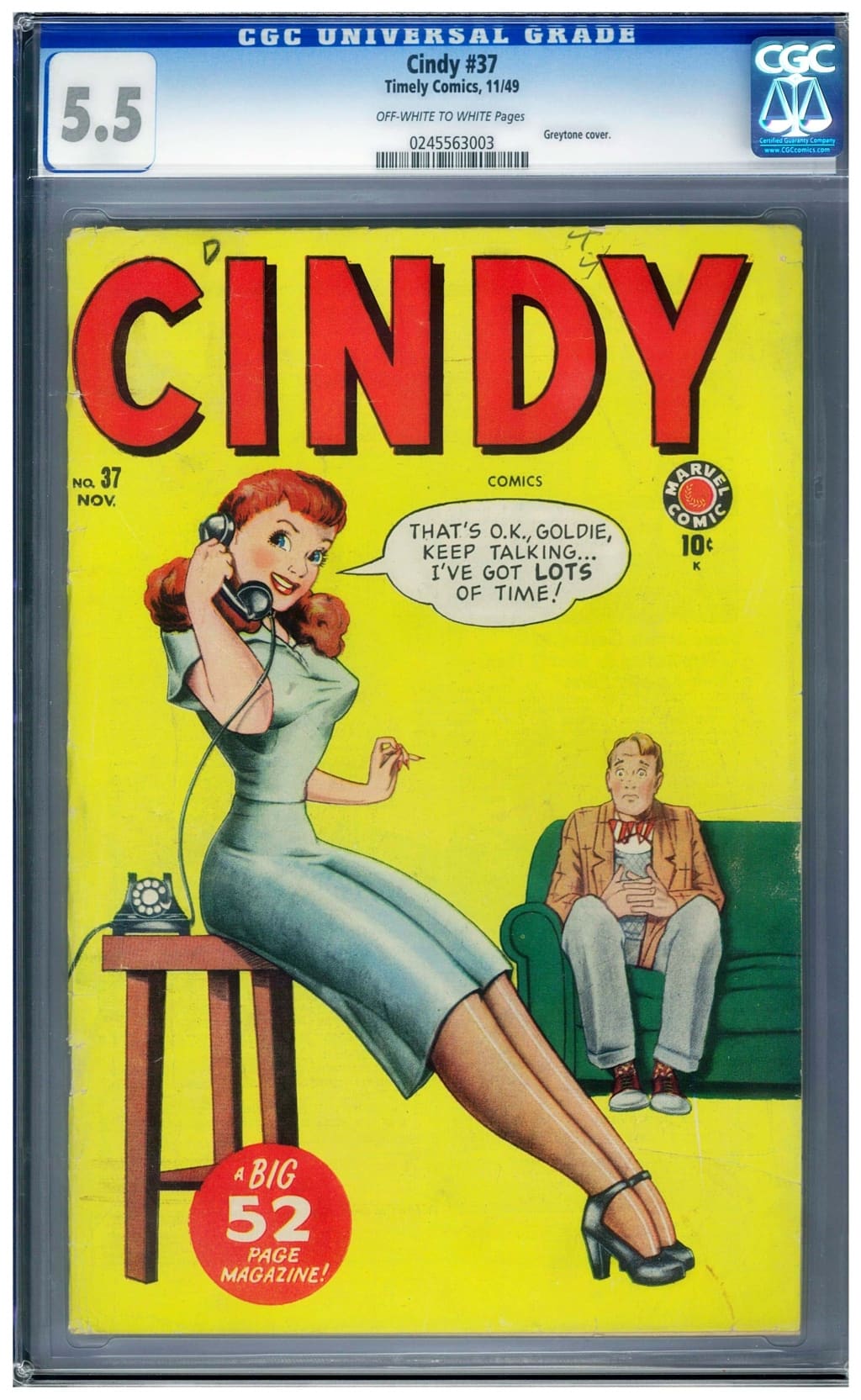 Falling closer to WWII aviation “nose art” or pin-up than comic cover, the illustrator of #37 (like so many Timely comics) isn’t credited. An exhaustive search on the web turned up no answers so I reached out to an expert – Michael Vassallo publisher of the Timely-Atlas-Comics blog. 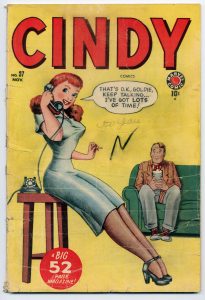 Michael shared that the majority of Cindy’s appearances were drawn by Ken Bald, under editor and art director Stan Lee. Indeed, the stories in #28* were probably penciled by Ken Bald (with the inside Margie story probably by Morris Weiss).  But #37, “that’s a strange cover that features an artist who is not one of the usual suspects.”  After some thought, Michael believes the cover artist is Earl James who “also probably did the interior stories.”  The only cover credit I could locate given to Mr James in the GCD is Willie Comics #19, done just four months after this issue of Cindy.  The hair styles, legs and fingers of both Willie’s gal and Cindy are indeed a close match!

Another collector and owner of Cindy #37 I contacted describes it as a masterpiece, and I have to agree.  Consider its simplicity and subtlety – the shadow of the phone cord falling on Cindy’s elbow, the contrasting sense urgency and differing perception of time between Cindy and the gentleman waiting on the couch. There is an element of sexual tension being created that goes beyond simply showing a pretty girl.

It is rather surprising so little is known about the comic, and with 65 years having passed since its creation it would seem the likelihood of new information turning up is fading. It is unfortunate we are unable acknowledge with absolute certainty the creator for the stand-out work. But like the gentleman waiting on the couch, my sense of what is of immediate importance does not necessarily equate to Cindy’s.

UPDATE: Demand for Cindy #37 is certainly there. Check out the screenshot below of a just closed eBay auction for an issue listed as VG/FN 5.0.  Five bidders were at over $500 and two over $1,200!

UPDATE2: My copy just came back from GCG, graded a pleasant 5.5. 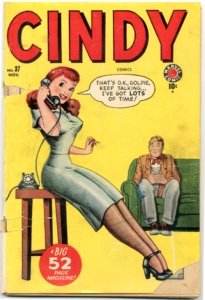 But, I did manage to locate a cover – which I was subsequently able marry to a coverless copy.  The Queen of GGA is back in the collection! 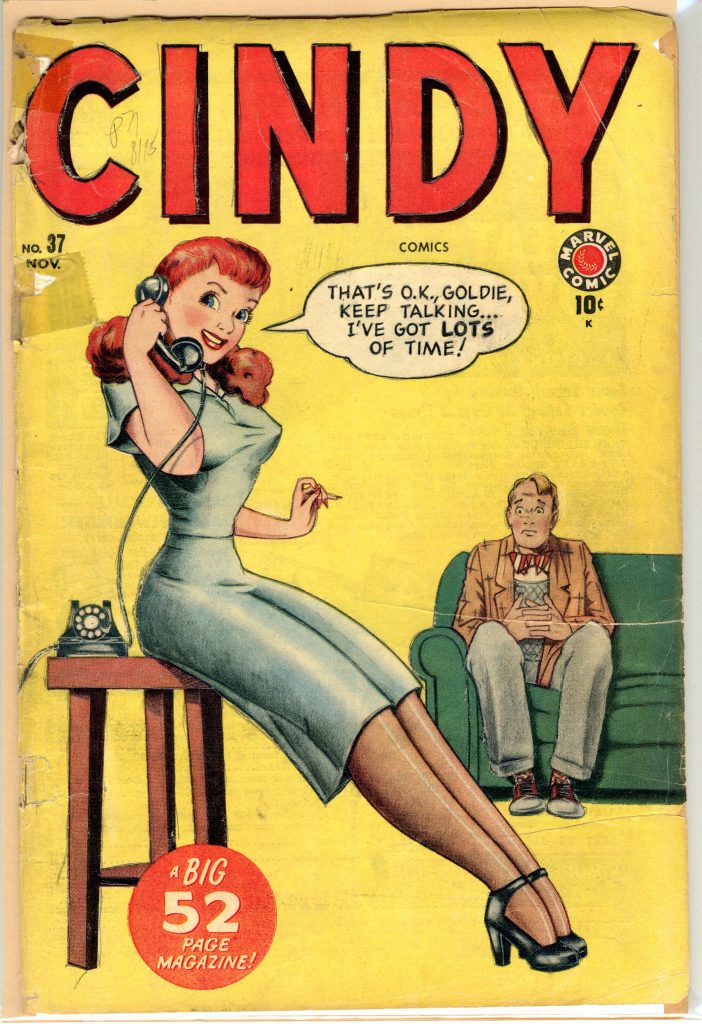 UPDATE6: Sold the married copy, found another new copy with a little tape.