The artist behind this bold and graphic scene of the Blue Beetle on the cover of issue #59* on the left is unknown.  The cover is complete with damsel in distress (Daily Record reporter Joan Mason) and classic headlights.

This issue was published June 1950, towards the end of the Blue Beetle’s (aka Dan Garrett) run with Fox.  A police officer who owned a special bulletproof costume, he was further empowered with super-energy by taking “Vitamin 2X.” The super power enabling concoction was developed for his fight against crime by assistant and neighborhood pharmacist Dr. Kranz. 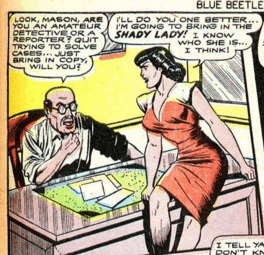 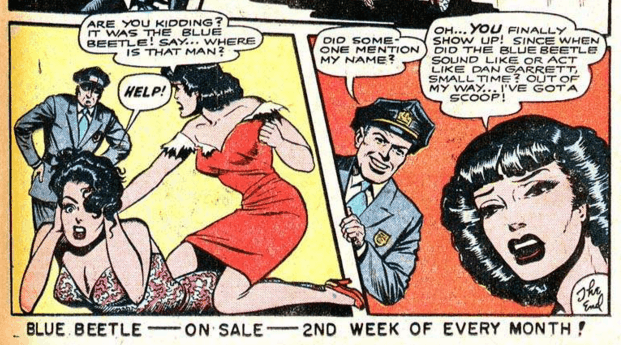 Issue #51* above is from December, 1947. This is Jack Kamen cover art of “The Shady Lady.” Her story begins inside front cover where she is described as a “nocturnal bombshell”  and a “dangerous doll who dates with death!” 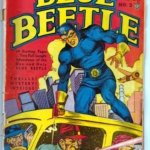