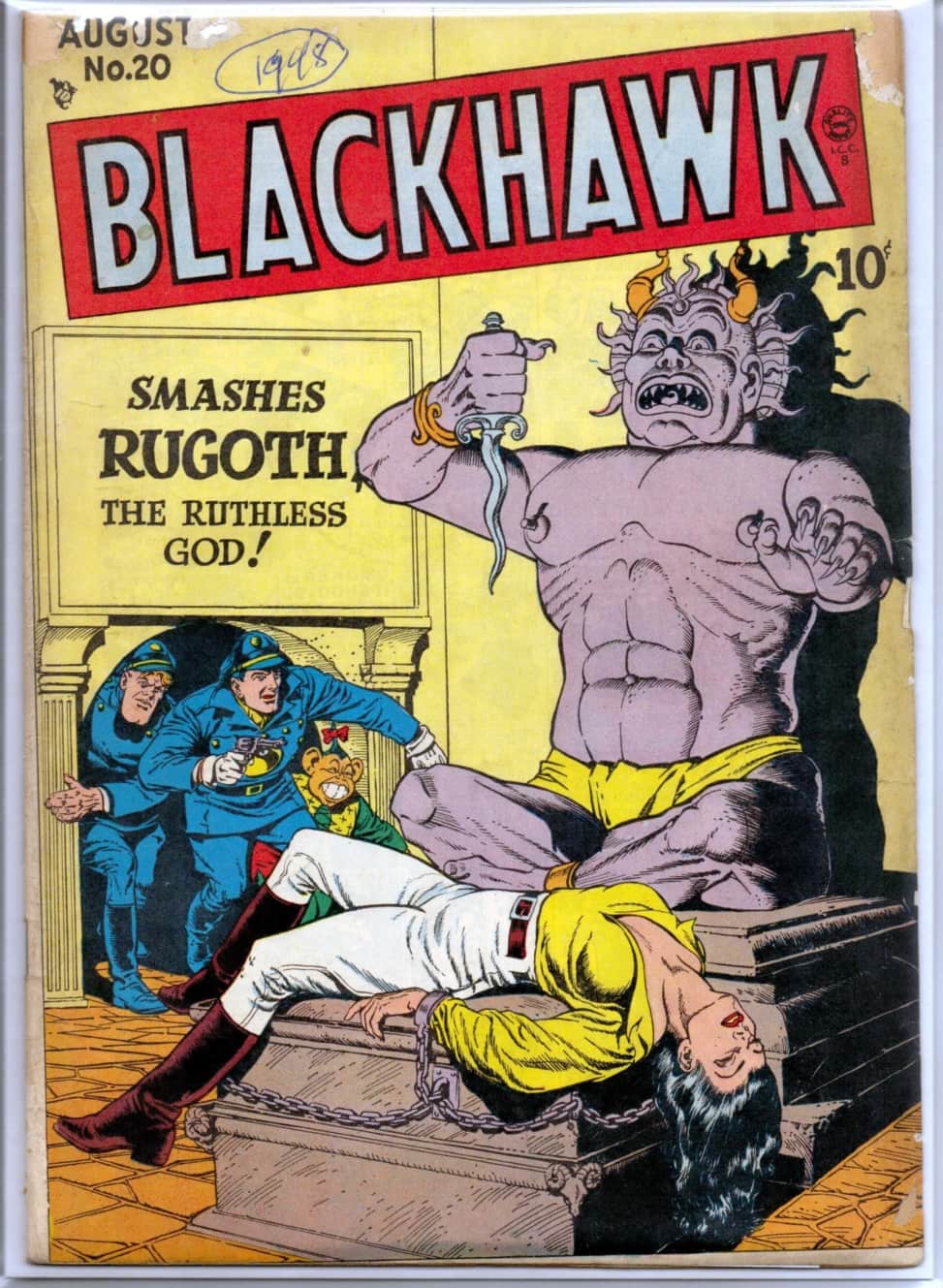 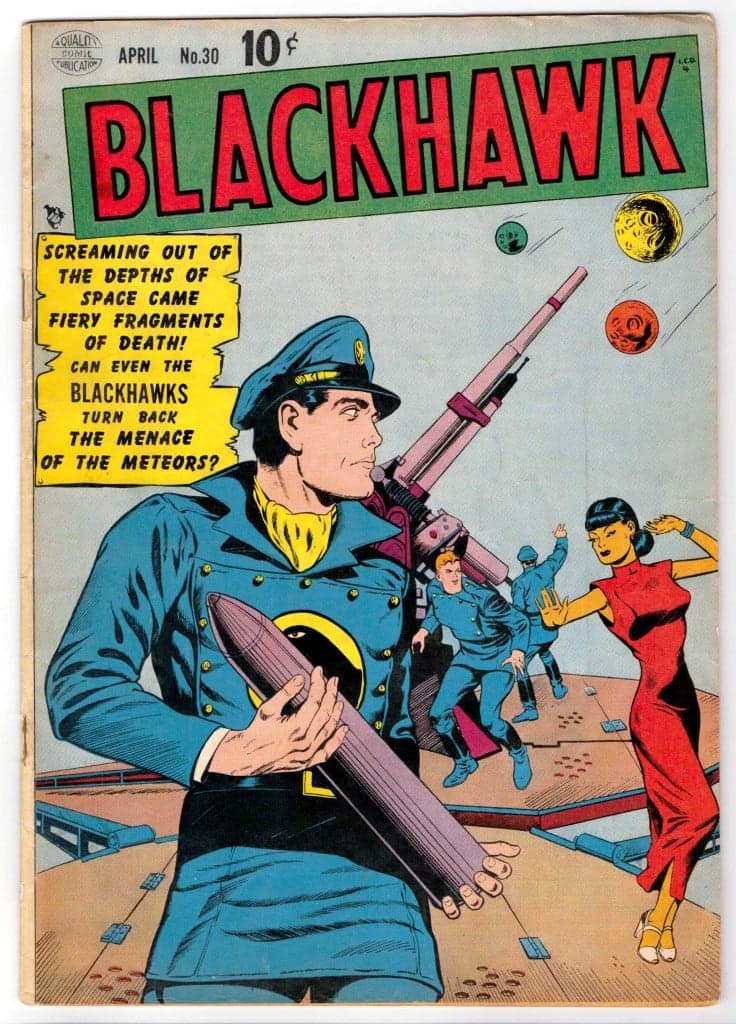 Issue #30* (left) from April 1950 was one of the comics originally from the ‘ole man’s stash.  It features the art of Reed Crandall (himself a WWII air-force veteran) who would gain fame in subsequent years as artist for EC Comics line of hit horror and science fiction titles. However, the cover is sometimes credited to Bill Ward.

The cover has a bit of “missile innuendo,” while inside secretary of Dr. Parham, Ola Hesper, pretends to be attracted to her boss and turns out to be leader of the 3 and 30 gang attempting to steal military secrets.  “And it almost worked!  Until the Blackhawks arrive!”  The sultry vixen on the cover is Lo Chien, who modified a  V-2 rocket launching platform to lob meteors onto nearby cities. The Blackhawks were a team of WWII pilots made up group leader Blackhawk aka Bart Hawk, Andre, Olaf Bjornson, Hans Hendrickson, Chuck Wilson, Chop-Chop Liu Huang and Stanislaus.   Blackhawk was created by the venerable Will Eisner, Bob Powell and Chuck Cuidera and first appeared in Military Comics #1 in 1941 under publisher Quality Comics.  It was subsequently published by National Periodical Publications (which turned into DC Comics). Issue #20* (right) is a  classic from August 1948 – also by Reed Crandall.  Looking very Valkyrie like, the “beautiful Ma’mselle Fear” needs the Blackhawk’s help combating “something strange and grim” in the country of Frangastan. As a bonus, inside Blackhawk story (drawn by Bill Ward of Torchy fame) features the Countess Carlova (image left).