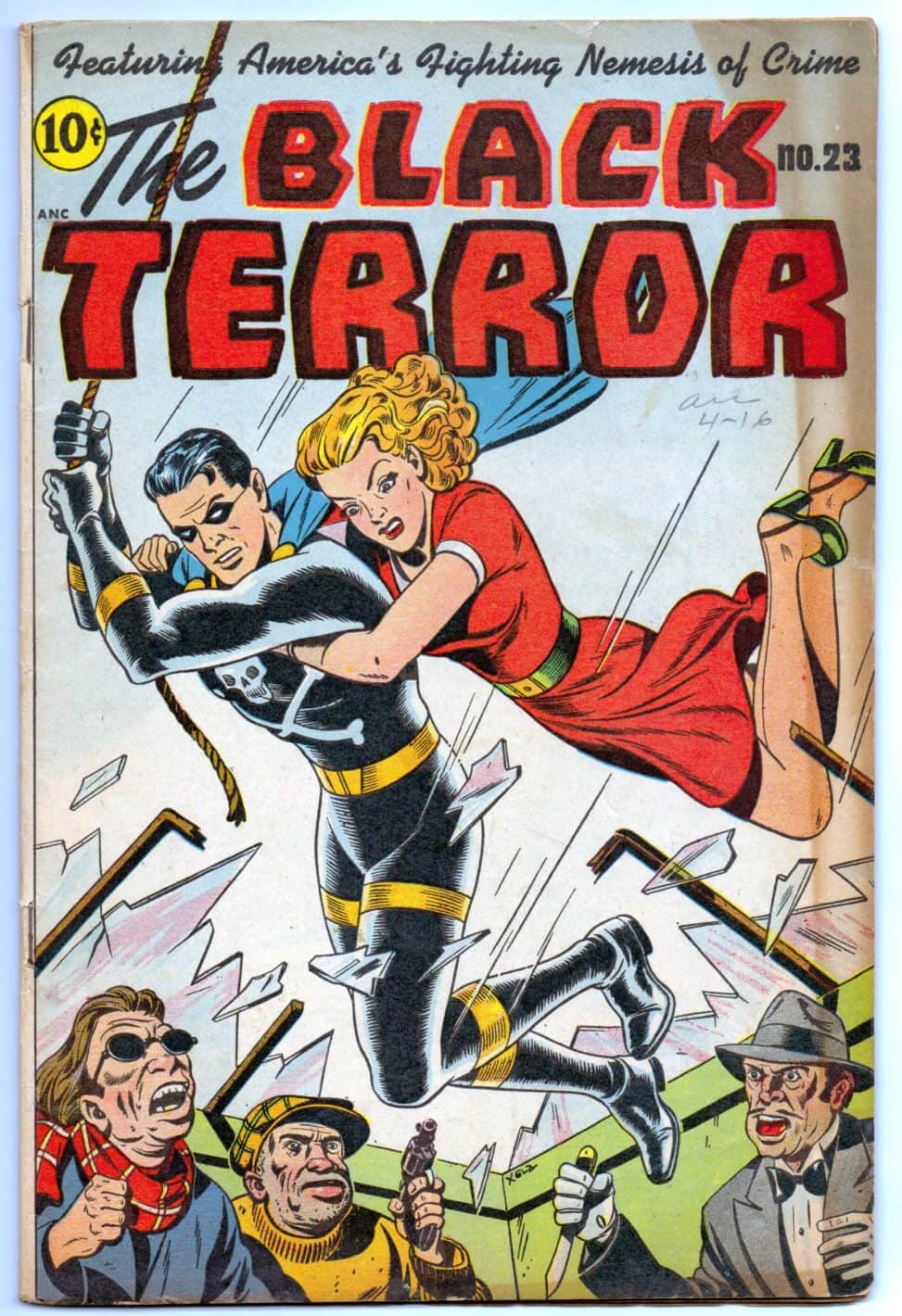 Published by Standard Comics, The Black Terror first appeared in Exciting Comics #9 on May, 1942.

Richard Hughes and Don Gabrielson created a skull and crossbones garbed superhero (who coincidently looked much like the later Punisher) to fight all enemies of the WWII allies.

Pharmacist Bob Benton developed, and then inhaled, “formic ethers” in order to gain his super strength. He then provided the same drug to a minor, Tim Roland in order to create his own Robin-like sidekick. Combined, the two superheros made up the “twin terrors” – with third wheel love interest Jean Starr along for many adventurous rides.

Jerry Robinson did the incredible “Danger In the Air!” splash page shown below.