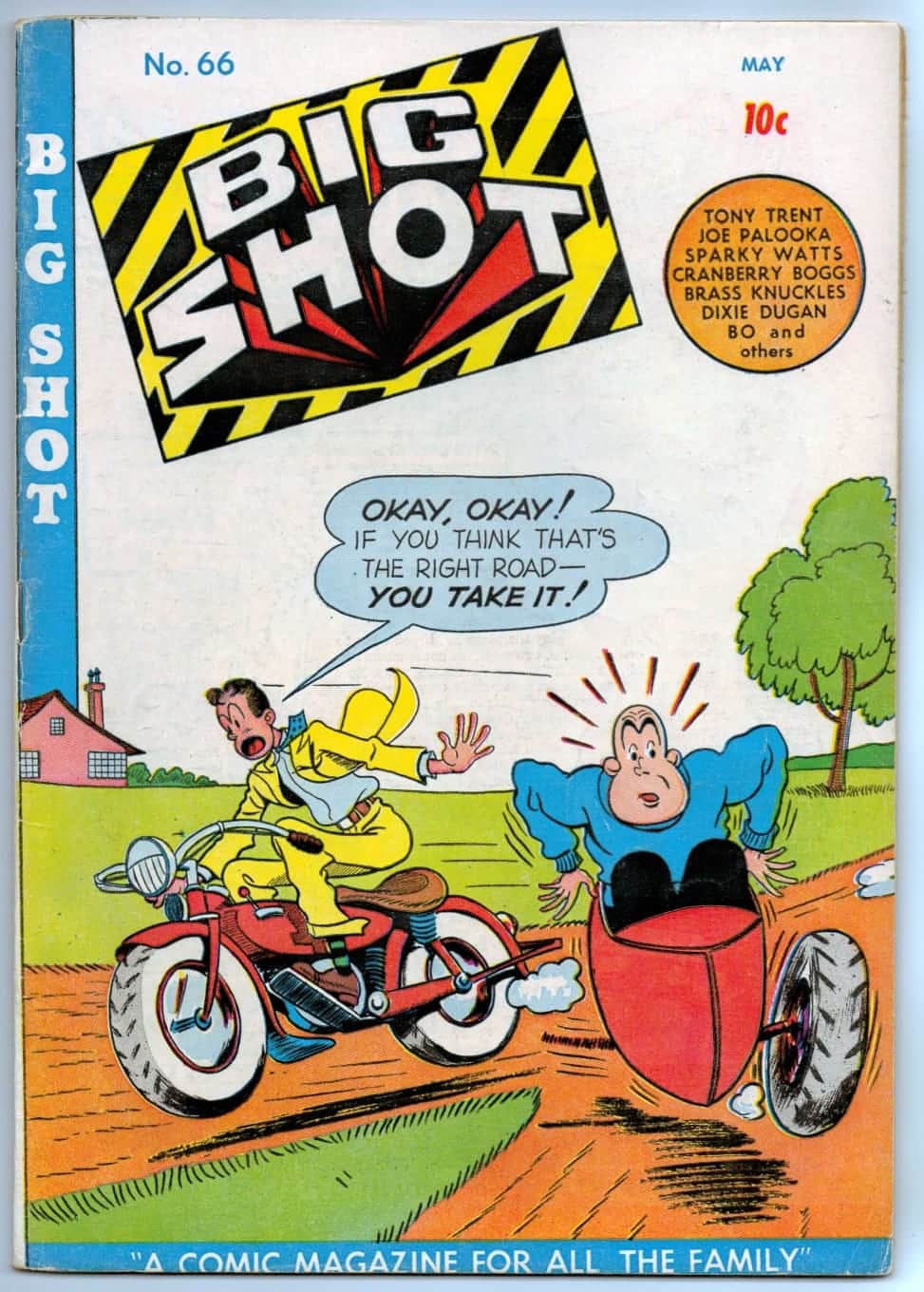 Here we have a motorcycle cover on Big Shot Comics #66, published May 1946 by Columbia. On the cover is Brass Knuckles, presumably drawn by creator Mart Bailey.

Mart might be best known as creator of superhero ‘The Face‘, a regular feature of Big Shot comics in the early 1940s.

The issue features many newspaper reprint regulars, such as Sparky Watts, Joe Palooka, Charlie Chan and Dixie Dugan with a mix of Columbia’s original material such as superhero Skyman.