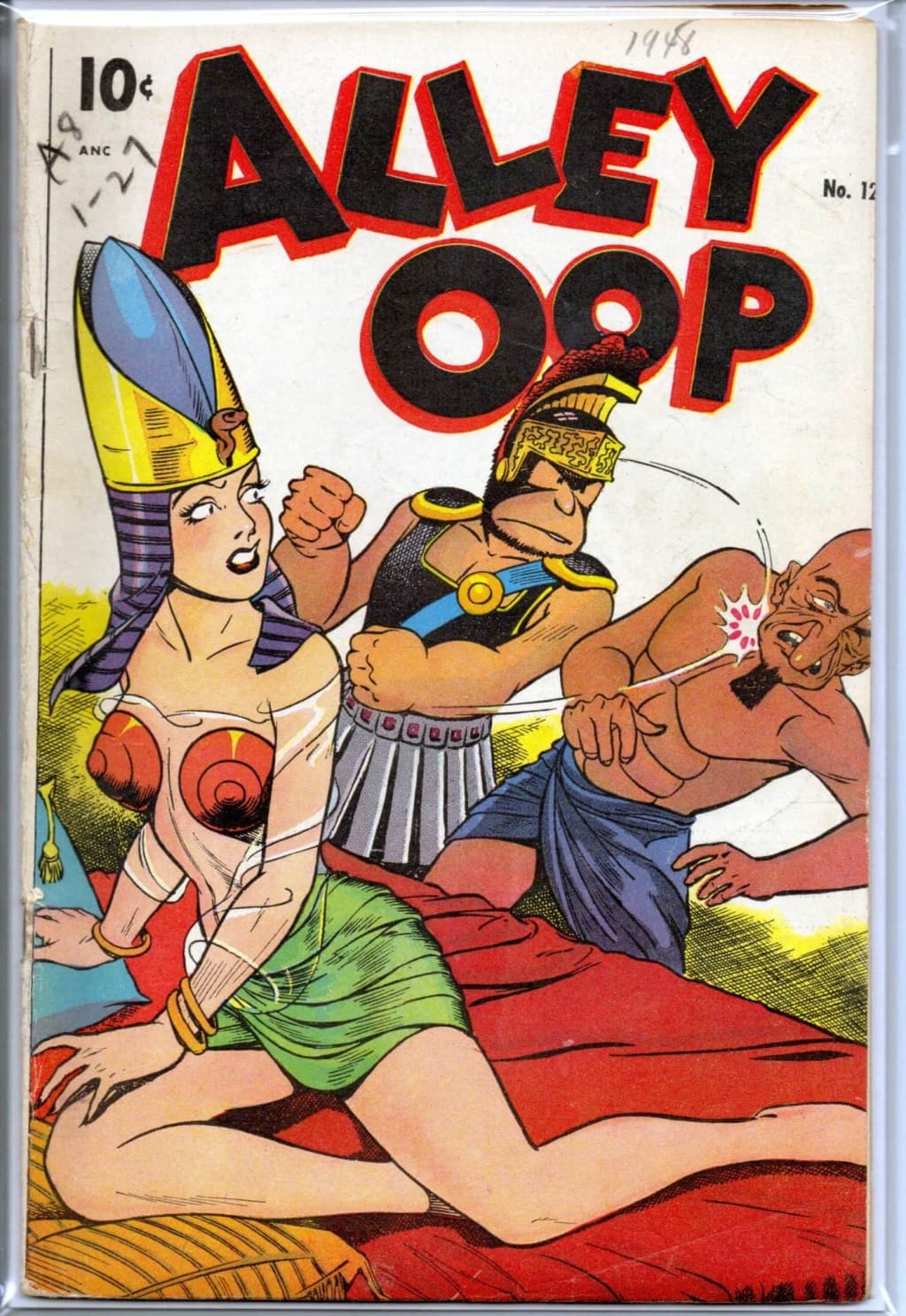 Alley Oop’s time-travel adventure, fantasy and humor story line was well known to the public back in the day.  Alley Opp was a syndicated comic strip created in 1932 (fifteen years before these comics hit the store shelves) by American cartoonist and Iowa native V. T. Hamlin .  Hamlin continued drawing the strip until 1973, and Alley Oop newspaper comic strips are still being produced to this day by Jack and Carole Bender. 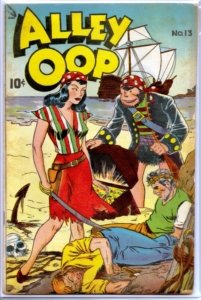