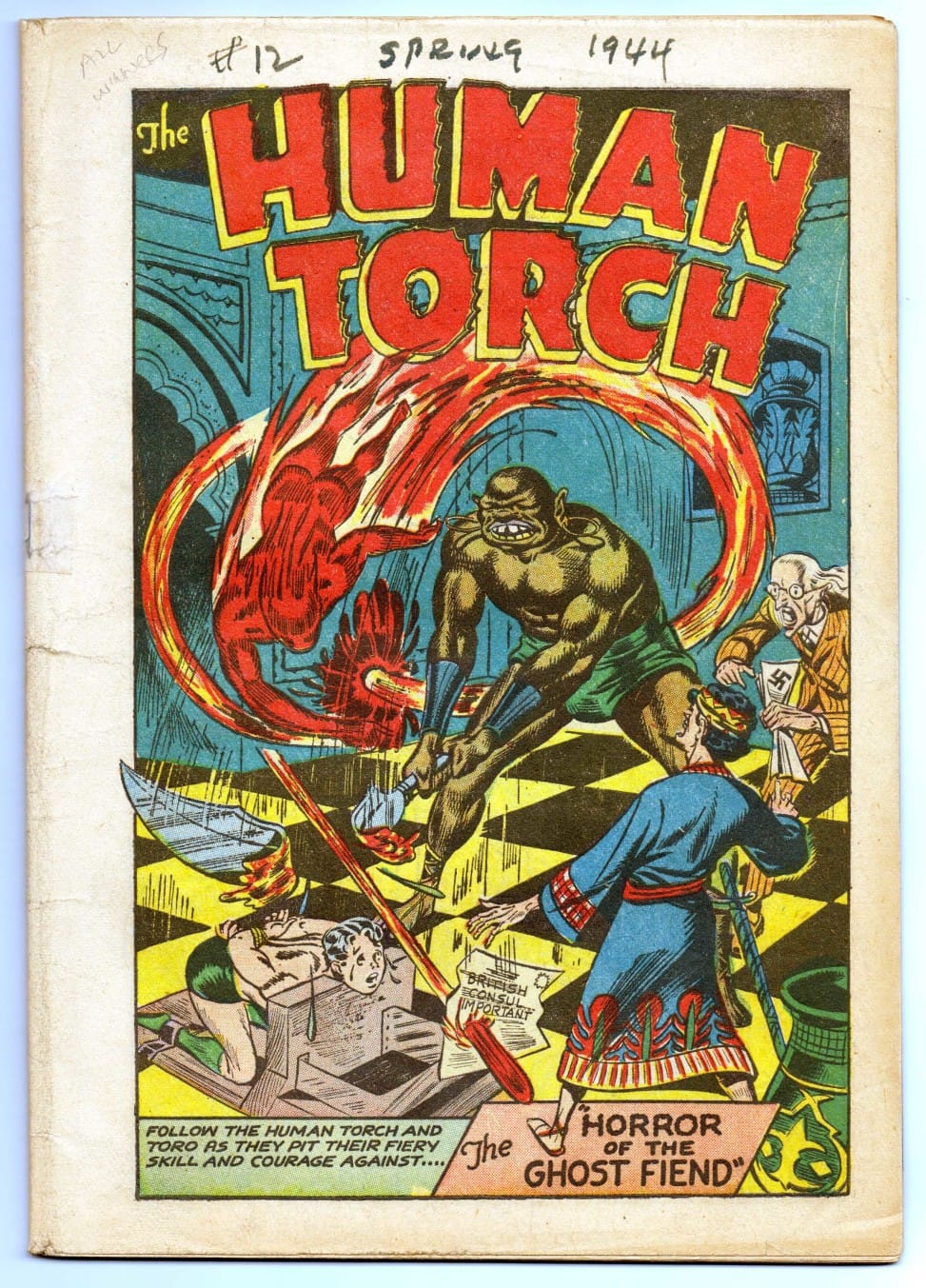 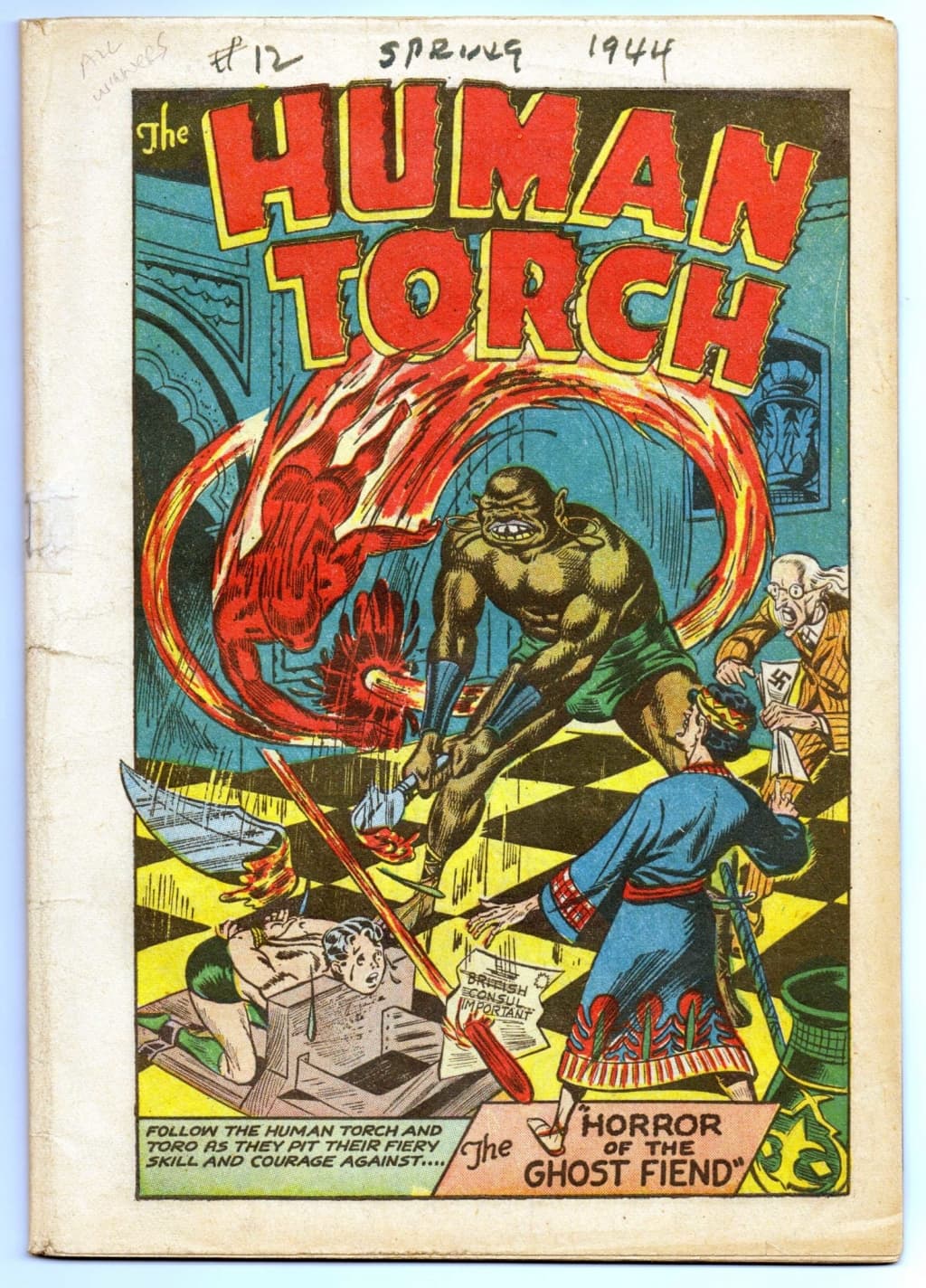 All-Winners Comics #12 (Spring 1944) was on my want list for a long time, mainly due to its Captain America on a motorcycle cover by Alex Schomburg.

Prices being what they are, I settled for a coverless copy and wrapped it in a photocopy cover (ping me if you have a cover for sale). 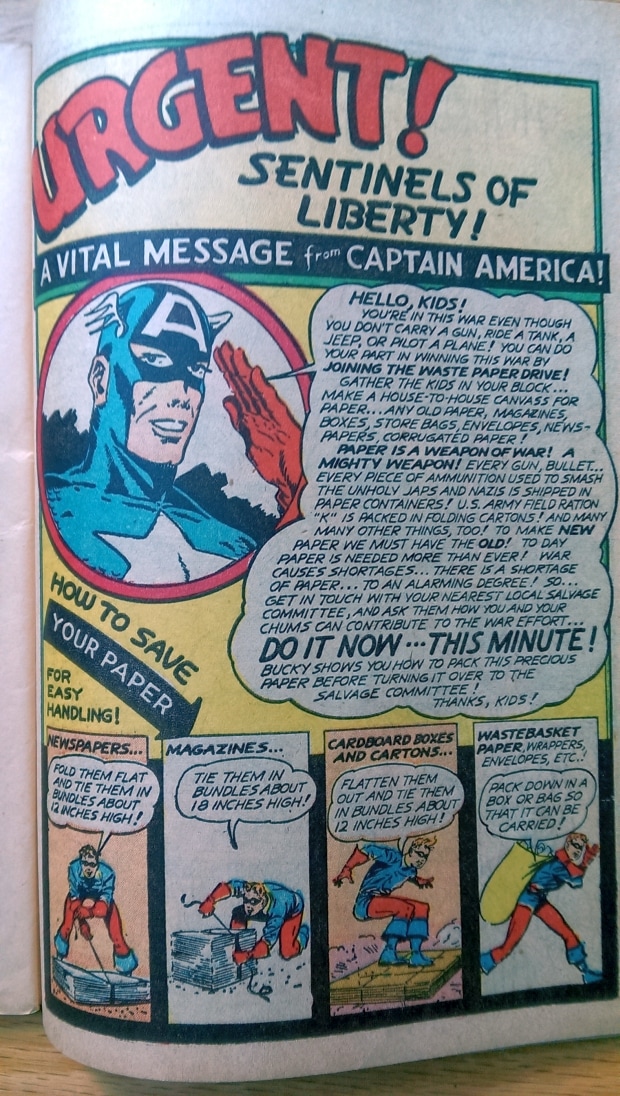 What’s pretty cool is the house ad inside featuring Captain America and Bucky showin’ the little troopers on this side of the Atlantic how to support the war effort with local paper drives. Imagine for a second all the comic books that were recycled and never survived the time capsule journey to the 21st century.

All Winners Comics was published by Marvel Comics’ predecessor, Timely Comics.  It was a superhero anthology starring the publisher’s “Big 3” characters: Captain America, the original Human Torch, and the Sub-Mariner. 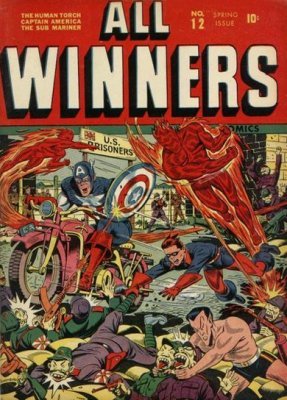