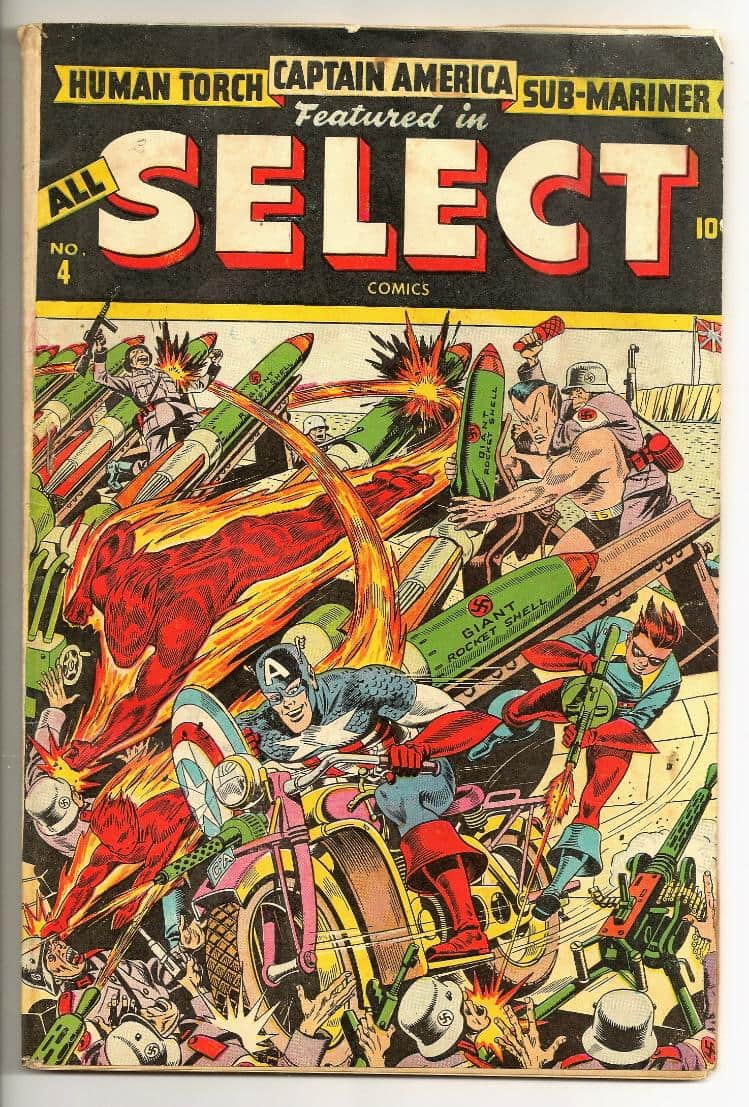 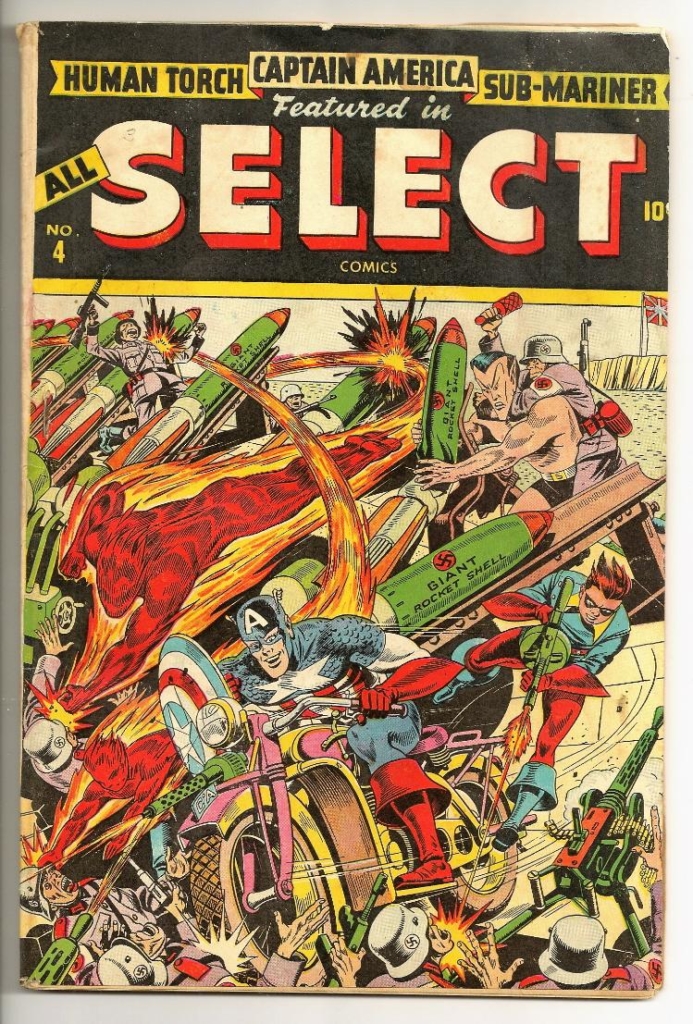 O.M.G., Captain America, Human Torch and Sub-Mariner all on a single cover! Oh yea, and let’s not forget the two sidekicks Bucky and Toro.  In addition to an early usage of a superhero team up (25 years later in Avengers #71, 1969 the same group became known as the Invaders) All Select #4 rocks an Alex Schomburg drawn motorcycle on the cover.  The front fender even has a little personalized license plate with “C.A.”.

Schomburg, whom Stan Lee called “the Norman Rockwell of comic books” was particularly known for the level of detail he managed to include on a single cover. The Puerto Rican born illustrator is one of comics most popular and prolific artists with hundreds of Golden Age covers to his name.

Published Summer, 1944 this issue has a very detailed story synopsis available on the Marvel wiki.