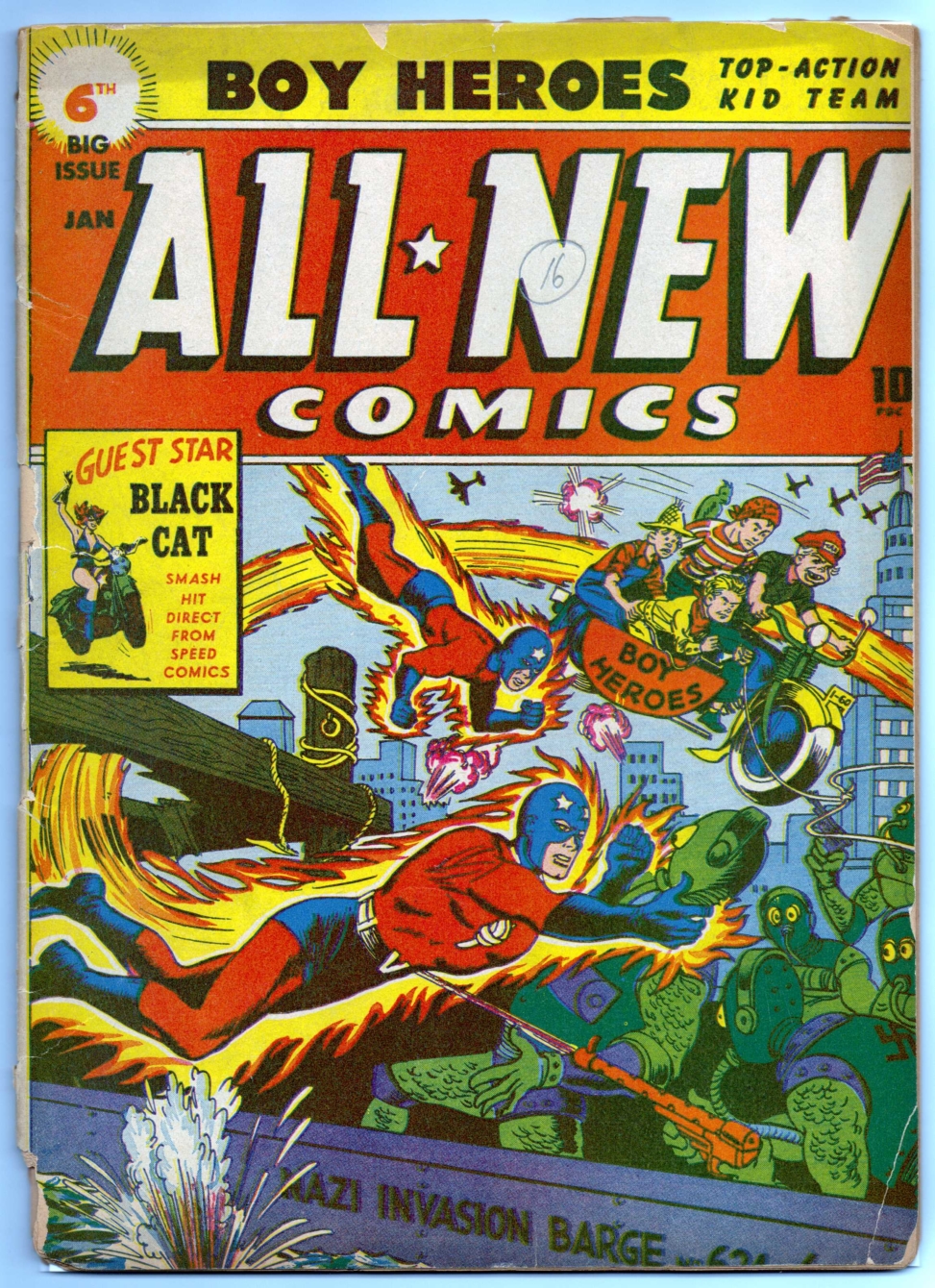 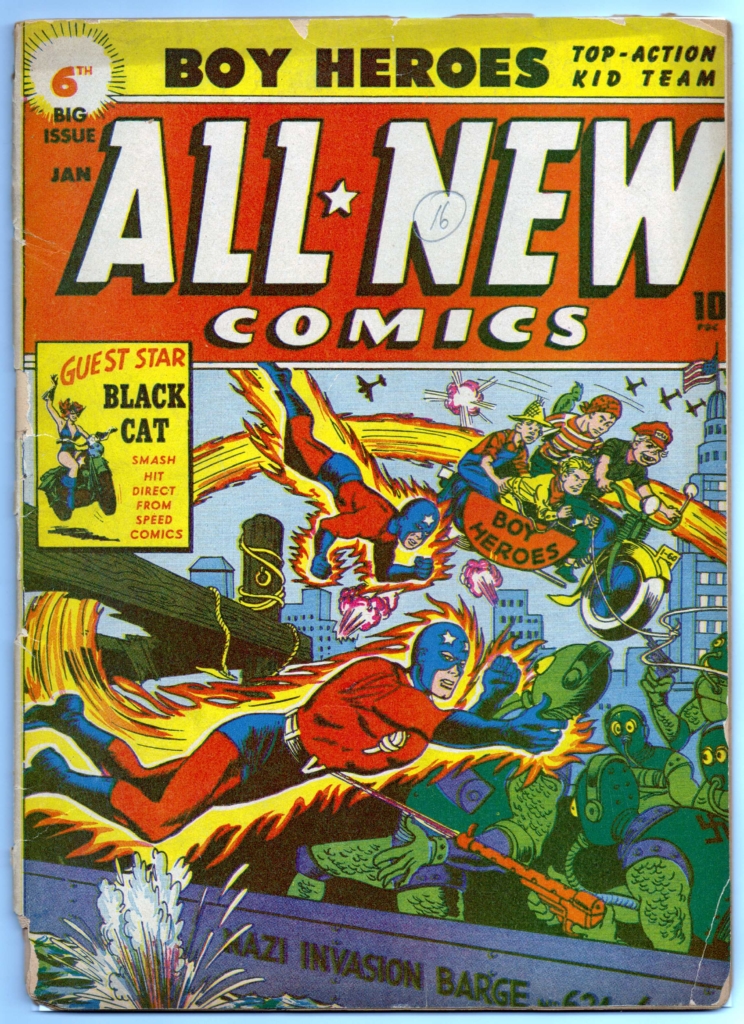 All-New Comics #6 (January 1944) was published by Harvey.  The wild cover has a bit of everything; no less than two motorcycle images, a U.S. flag waving over New York City and superhero Captain Red Blazer with his sidekick Sparky stopping an invasion of German Alien Lizard Monsters.

However, perhaps my favorite part of the book is the inside Blonde Bomber story. The Blonde Bomber is a direct stateside reference to the WWII air plane nose art (which any GGA comic collector has to appreciate) being used by U.S. airmen at the time.

Not unlike the more modern biker culture, young WWII airmen customized their planes. Such personalization helped establish both crew and flyer devotion to maintaining and protecting their aircraft. The Alberto Vargas like pin-up images lifted spirits of young men separated from their homes, girlfriends and wives. 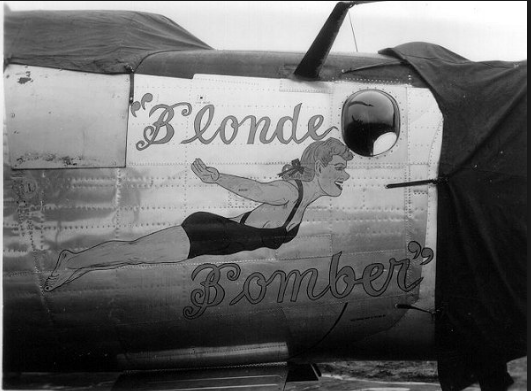 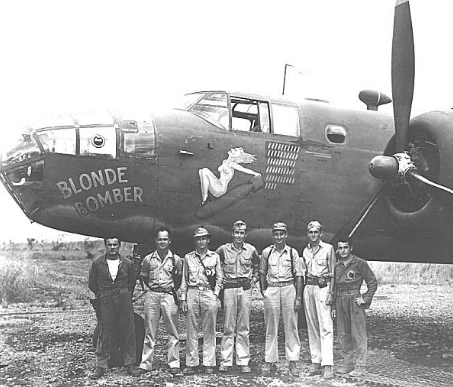 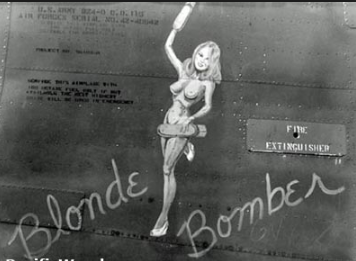 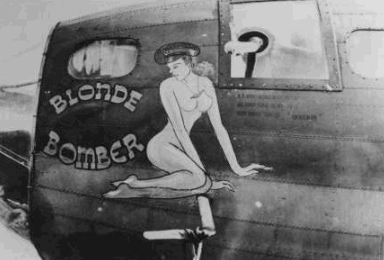 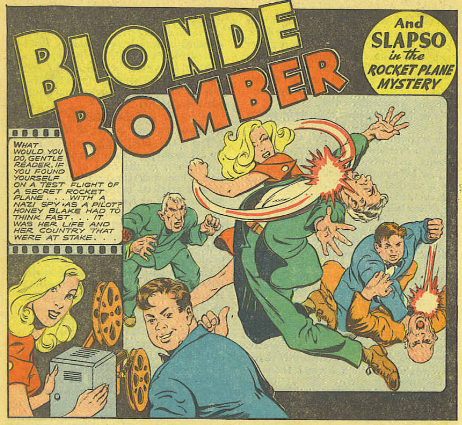 The comic version of Blonde Bomber was Honey Blake,  a newsreel camerawoman. She was drawn by Barbara Hall, and later “Jill Elgin” aka Kathleen Jo Elgin.

Her “superpowers” included expertise in chemistry and acrobatics.  With sidekick cameraman Jimmy Slapso they solved various mysteries and helped bust the evil axis. Her golden age appearances include: