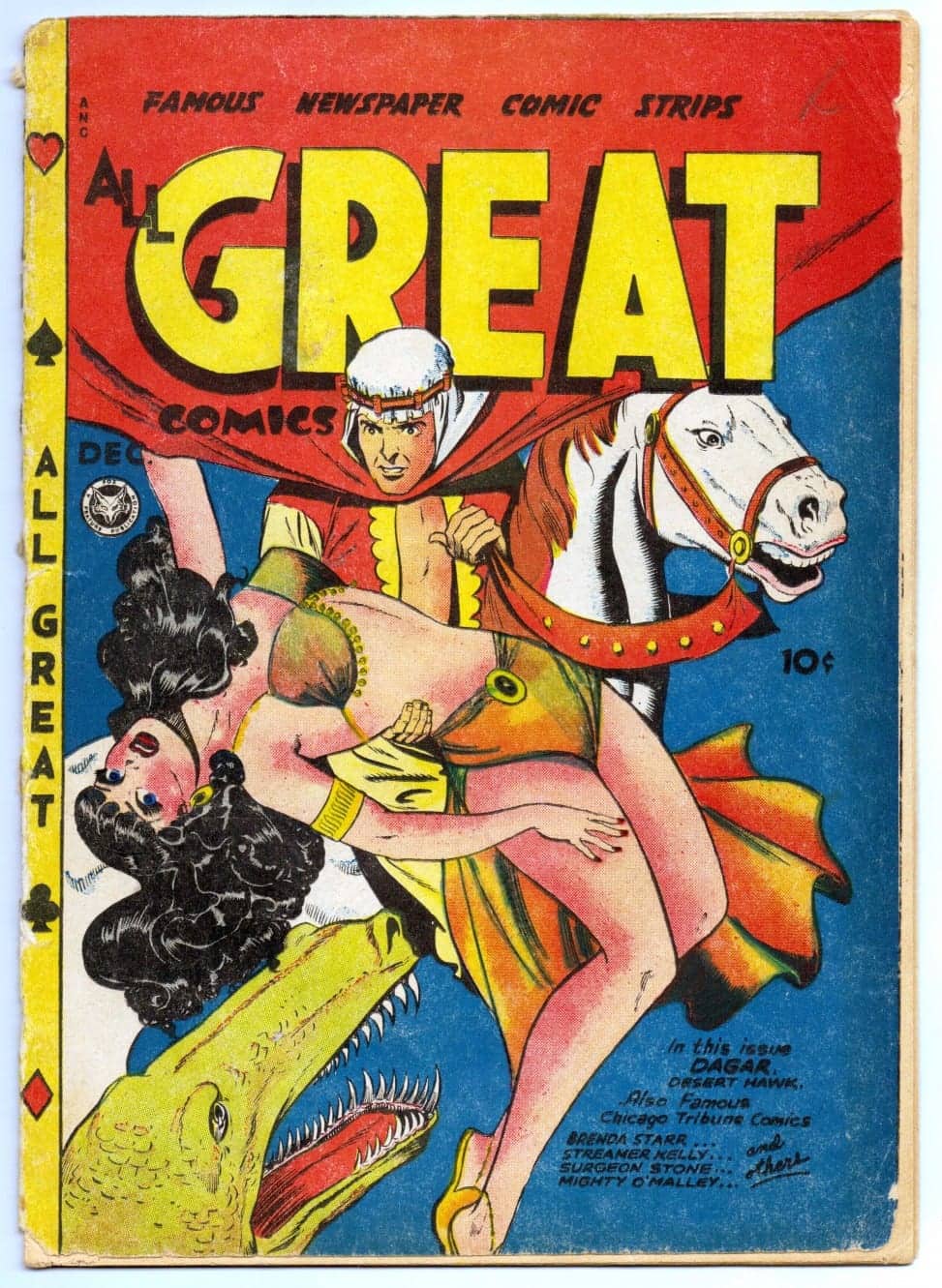 When I ran across All Great Comics #13 on “the Bay” I couldn’t resist a unique Jack Kamen cover of Dagar, Desert Hawk! Turns out while All Great Comics #13 (December 1947) contains many Chicago Tribune newspaper reprints, it also contains some original Fox Feature Syndicate material – including the first appearance and origin of Dagar (continued in Dagar, Desert Hawk #14 – a gga classic). That prompted me to look into other All Great Comics – for all intents and purposes I’d call it a two-shot series. Looks like Fox was experimenting with a business relationship with Chicago Tribune for comic publication. All Great Comics #14* (October 1947) was all Chicago Tribune newspaper reprints, including Brenda Starr and the more obscure Surgeon Stone. The folks at Fox had some wacky numbering order, because #14* was actually printed prior to #13. This is reinforced by the fact the Surgeon Stone page shown here bottom left from issue #13 (featuring Jennifer, the daughter of Surgeon Stone’s captor Frog) has the same artwork images swiped from the cover of the earlier #14*. Also worthy of note, #14* is listed as “scarce” in Overstreet. The Frog’s Daughter: All Great Comics #13

Surgeon Stone was a strip that ran from 1946-1951 and was drawn by Richard Martin Fletcher. It didn’t obtain much notoriety or syndication outside of the Tribune properties. In 1949, he also drew Jed Cooper, American Scout. In comics, Fletcher is primarily for his later work on DC’s Gangbusters.