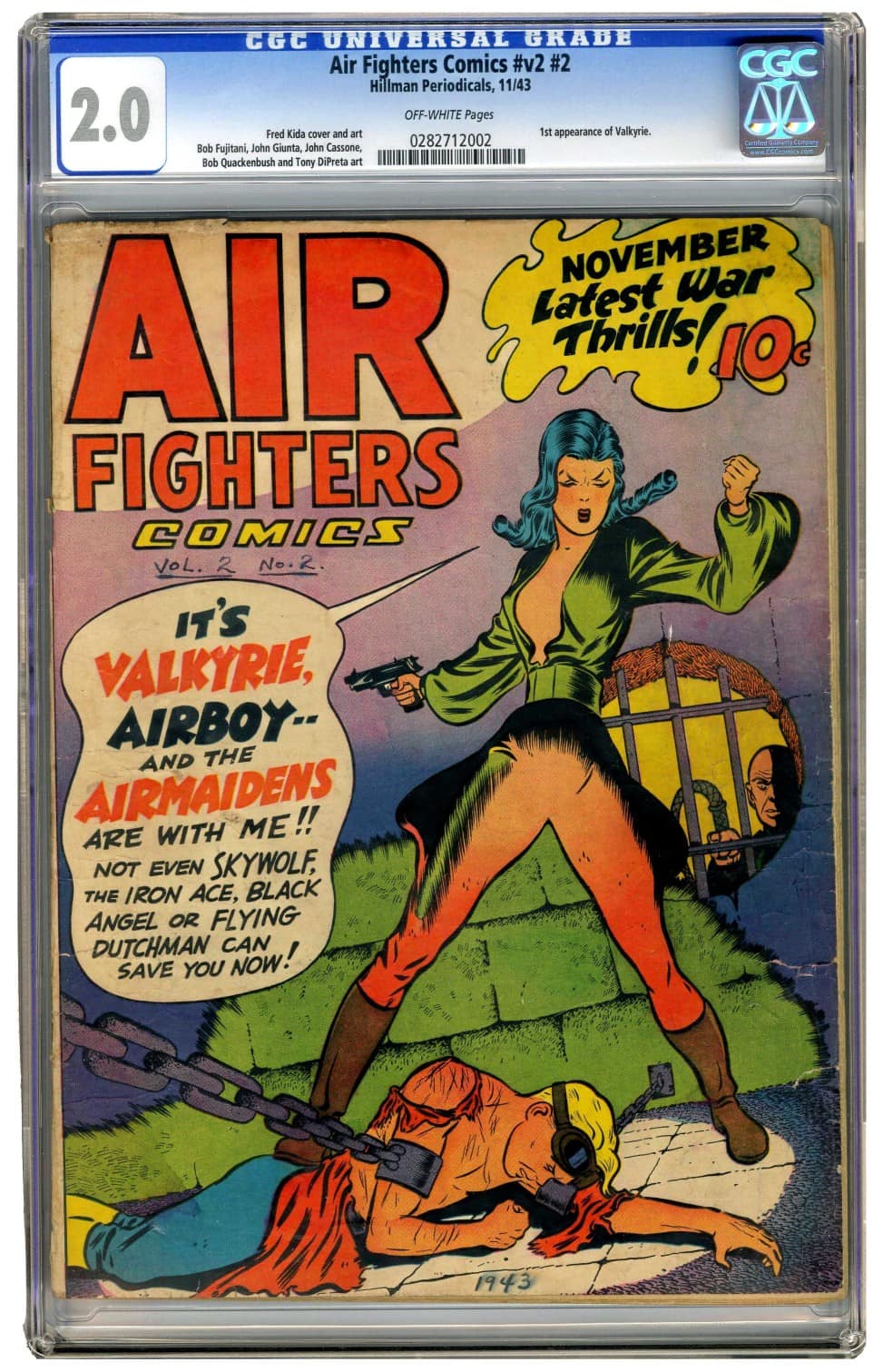 What can be said about the cover of Air Fighters Vol. 2 #2 that you can’t already see? Well, aside from the button popping blouse, the eye brow raising cover was published on November 1943 by Hillman Publications. 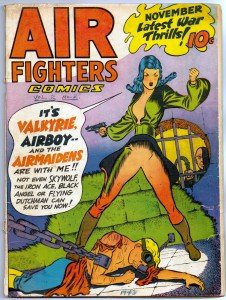 Our fashionista is Valkyrie, a German pilot making her first ever appearance in this issue. She is also leader of an Air-maiden squadron, and her skills behind the cockpit are only rivaled by her ability to charm Airboy out of the secret to flying “Birdie,” Airboy’s sort-of bat-winged like airplane.

Fortunately for all that is good and right, she and the Air-maidens soon switch sides to work with Airboy and the Allies, and Valkyrie continues to opt for the low-cut apparel.

Japanese-American Fred Kida handled both inks and pencil duties on the cover.