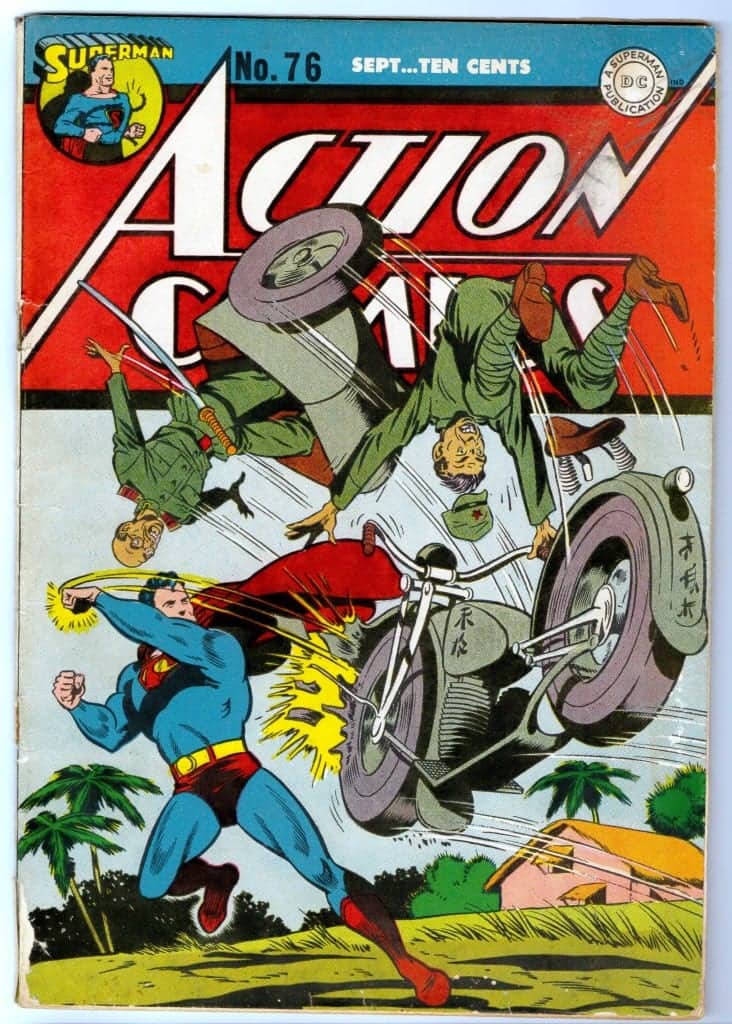 The two incredible motorcycle covers directly reflect the war-fronts occurring during World War II in both Europe and Japan. They serve as bookends to the Golden Age comic era.

Pencils on #66 are Jack Burnley and inks by Stan Kaye.  Inside Superman story script is Don Cameron (signed as Jerry Siegel) and pencils Ed Dobrotka (signed as Joe Shuster).

Pencils on #76 are Wayne Boring with inks by Stan Kaye. Here the inside Superman story is penciled and inked by Ed Dobrotka. 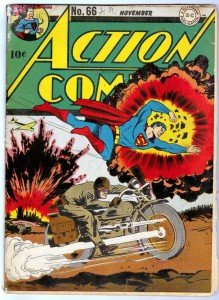 This seems as good of time as any to explore the meaning of “pencil and ink.”  Based on what I learned on Wikipedia, an artist first creates the outline of the artwork in pencil. But printing presses could not reproduce penciled drawings so after that stage it is given to an inker (and after that potentially a third artist adds color).  It was the inker’s job to refine the lines over the penciled drawing.

“As the last hand in the production chain before the colorist, the inker has the final word on the look of the page, and can help control a story’s mood, pace, and readability. A good inker can salvage shaky pencils, while a bad one can obliterate great draftsmanship and/or muddy good storytelling.”