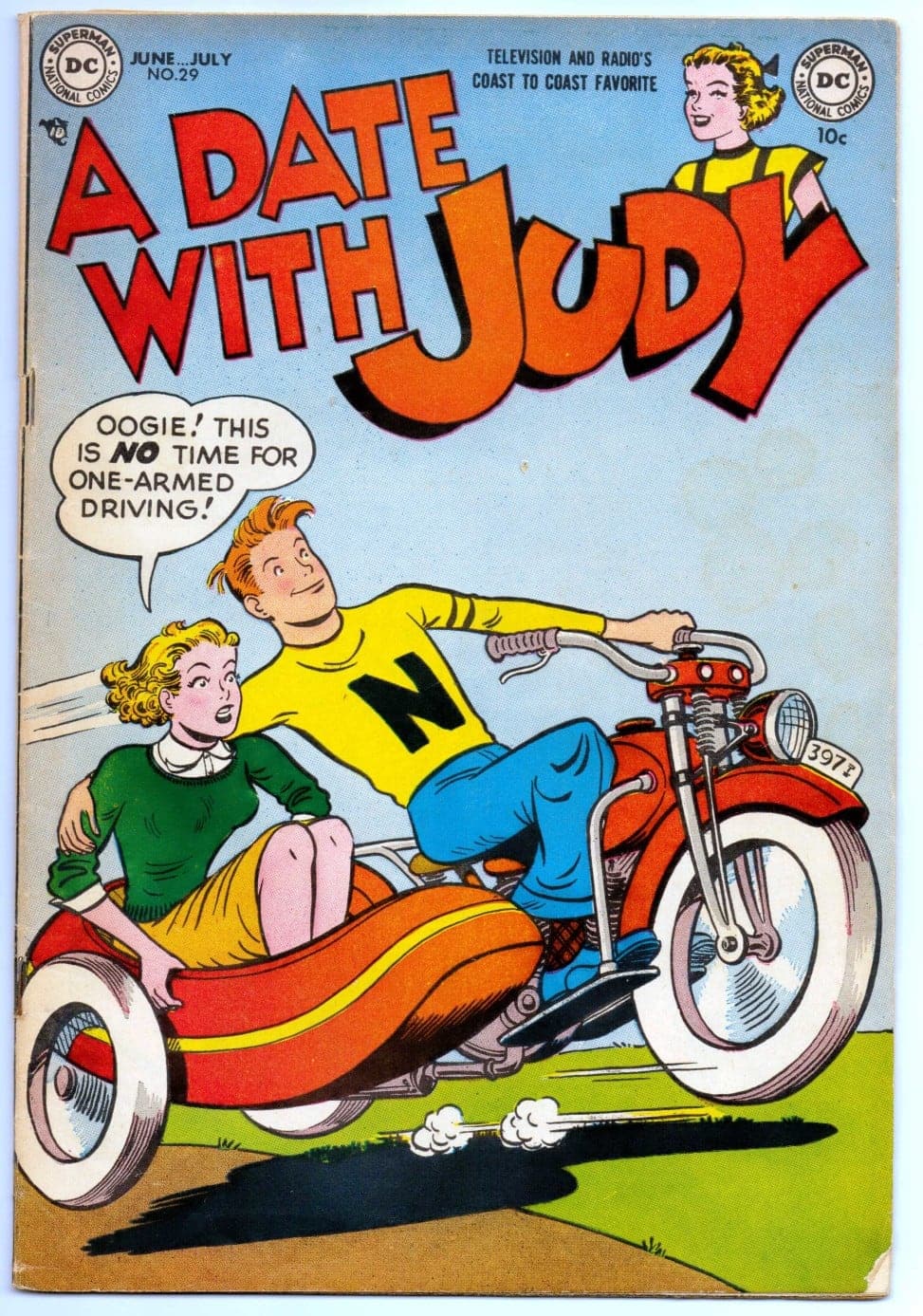 A Date With Judy I’ve posted here before that multimedia franchises were not just a modern phenomenon, but part of a strategy as old as Madison Avenue itself. There was a time when radio was the king of reach, and comic books were a means to generate both additional revenue and brand recognition. TV was late to the game and started with a limited reach. If you were successful, you would spin-off a Hollywood movie. If you were really successful, your Hollywood movie would star Elizabeth Taylor.

Such was the story of “A Date with Judy.” Originally the brainchild of Henry Aldrich  creator Aleen Leslie, the comedy radio series scripted by Leslie aimed at a burgeoning teenage audience. The radio show ran for nearly ten years, from 1941 to 1950 and got its start as a summer replacement to Bob Hope’s show for sponsor Pepsodent. The series grew to be so popular CBS developed a rival program Meet Corliss Archer – which also had a comic book spin-off.

While many comic book publishers in the later part of the 1940’s dropped superheroes for such salacious subjects as crime and horror, National Periodical Publications (aka D.C) aimed directly at mainstream America with titles such as this one and Buzzy.  Lasting a full 79 issues over thirteen years (November 1947 to November 1960) the A Date with Judy comic series was the longest running of all the Judy media entrees – and the only one to make it into the 60’s.

The motorcycle cover of issue #29 here was published July, 1952. The cover mentions both the radio and TV series. Unexplained is why a 1952 publication would mention the radio version, which was apparently cancelled two years earlier in 1950? Not unlike today, success spawned a film – in this case A Date with Judy from MGM in 1948. The film was a showcase for 16 year old Elizabeth Taylor.

The television version of the show ran on ABC on Saturdays during daytime hours beginning on June 2, 1951. The series moved to prime time during the summer of 1952 but was brought back to daytime through the 1952-53 season. The TV series ended its run on September 30, 1953.