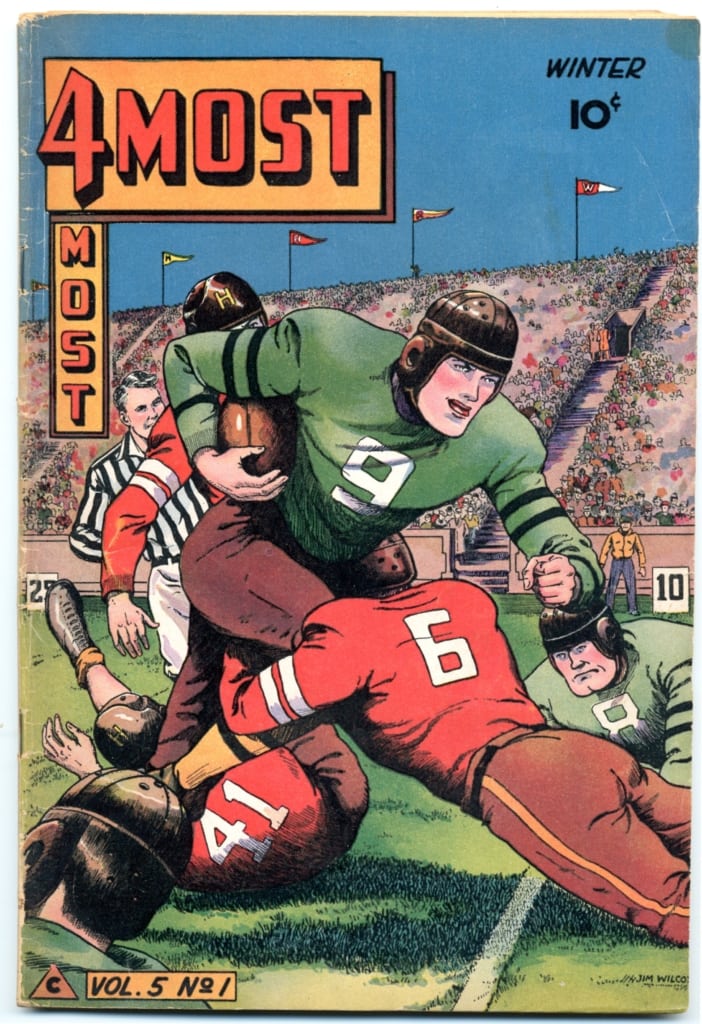 Dick Cole was known as “America’s Number One School Star.”  He was enjoyed enough in the 1940’s to get his own  30-minute radio program.

Dick mainly appeared in comic book series known as Blue Bolt.  He appears here on this football cover from 4Most #v5#1 (Winter 1945).  Cover art is by Jim Wilcox who worked through the Chesler Studio for publisher Novelty Press.